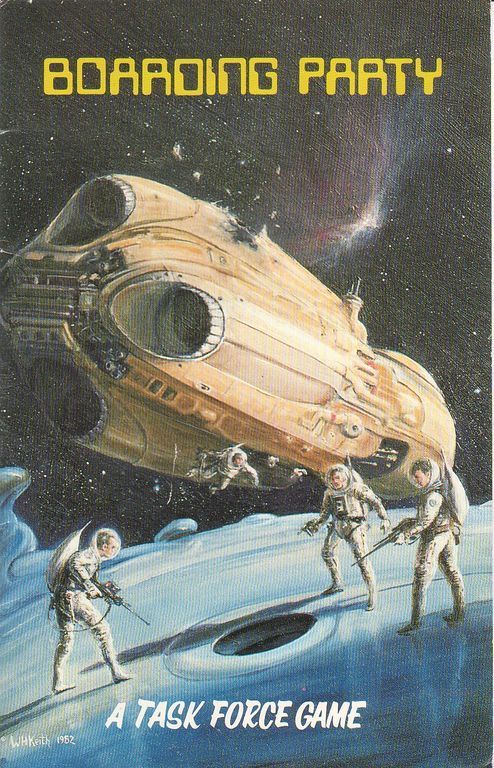 SF wargame in which a human colony ship and a robotic "DESTRUCTOR" cruiser have disabled one another in a firefight, and the player has 14 turns to infiltrate the cruiser with a crew of human soldiers and destroy either its Command Computer or all Repair robots. (If the player fails to accomplish this, the cruiser is presumed to have been successfully repaired, leading to the destruction of the colony ship.) In the solitaire version, the robots are deployed and moved semi-randomly; in the two-player version, the second player controls the robots. This is Task Force Game #1021, one of Task Force's series of microgames. The cover painting is by William H. Keith, Jr., better known as the author or co-author of over 60 military, SF, and game books.