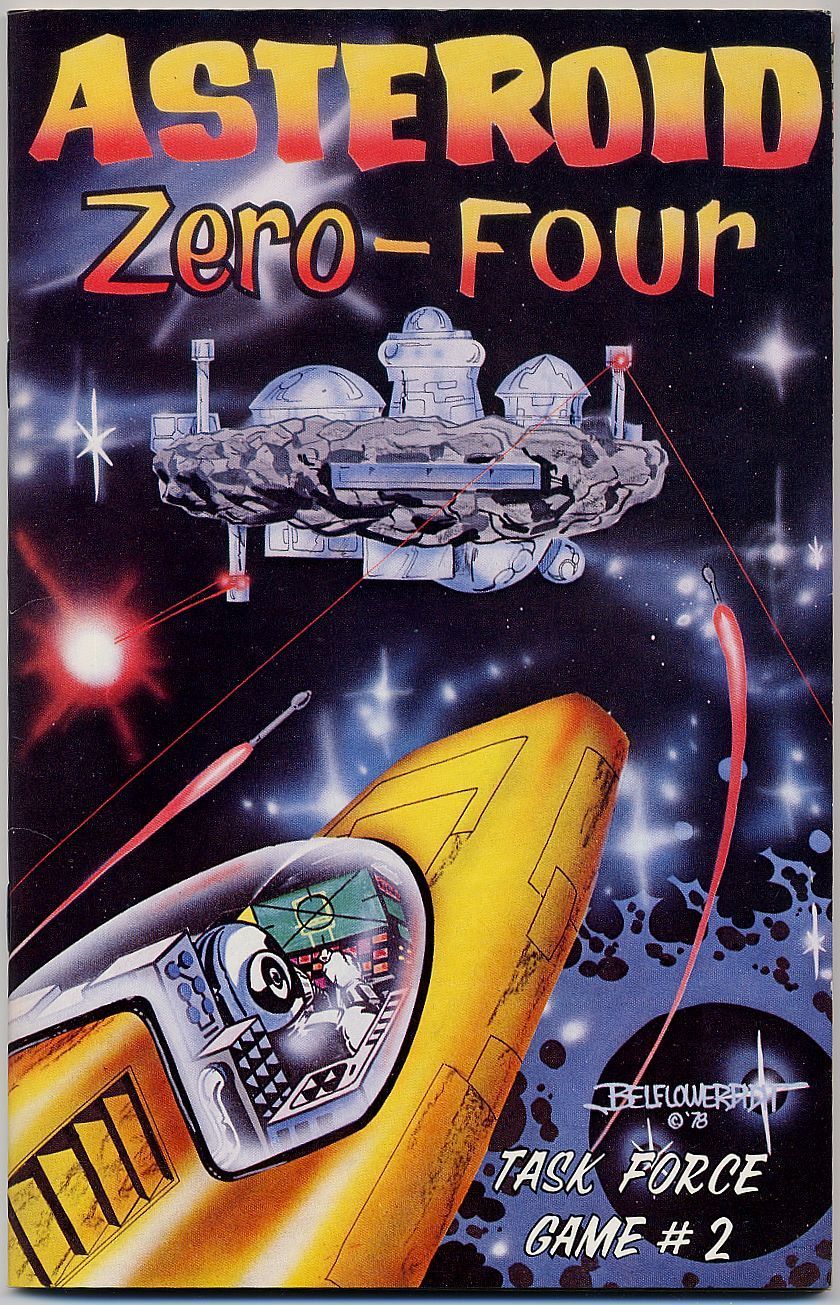 The premise of this two-player SF wargame is that the US and USSR have established competing well-armed mining operations in the asteroid belt when a period of massive solar flares makes manned space travel inside the orbit of Mars impossible. A nuclear war between the two mining bases then begins, featuring both missiles and spacecraft; the winning power will dominate mining operations in the belt (and Earth's manufacturing economy) for years to come. The playing time is optimistically marked as one hour, but the game actually says "one to four hours." This is Task Force Game #2 (also #1002), one of Task Force's series of microgames.