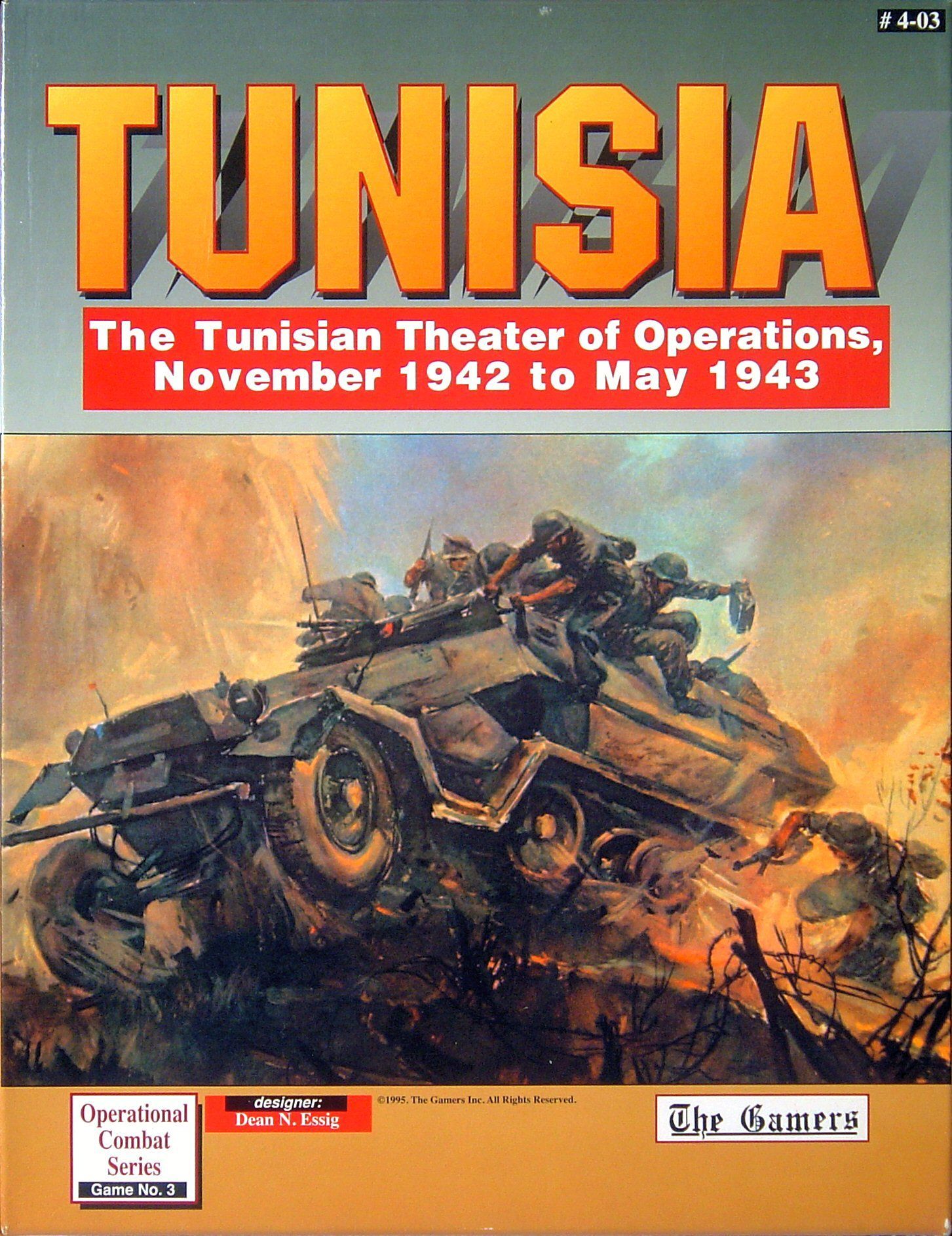 Tunisia: The Tunisian Theater of Operations, November 1942 to May 1943, is about the campaign in Northwest Africa from November, 1942 through May, 1943. It covers the end of the Axis presence on the African continent as well as the death of the Afrika Korps and the surrender of all Axis forces in Africa, May 1943. Tunisia is the third game in the Operational Combat Series (OCS) from The Gamers. Notice to buyers and sellers: There maybe a discrepancy in the counter manifest depending on when the game was collated. It has been posted on Consim that because Tunisia had a long run, that the later copies may have a newer version of the of the generic OCS countersheet. The original game had four countersheets. The inventory listed in the game specific rule book has the following. Two sheets numbered 1 and 2. These have the unit counters for the various sides depicted in the game. Countersheet 3 has 80 generic OCS makers. Sheet 4 is listed as having 140 counters and has more generic OCS counters. From the discussion on Consim it seem that it is possible some copies had the "Countersheet 4" replaced with a sheet labeled "Countersheet OCS Markers". So be aware that it is possible that there are two different counter mixes for this game. One with the newer version of the generic OCS counters (with 280 counters.) and the original "Countersheet 4" with a 140 countersheet. Also note it should be one OR the other, not both. Game Scale: Turn: 1/2 week Hex: 5 miles / 8 Km Units: Battalion to Division Game Inventory: Two 22 x 34" full-color mapsheets Four dual-side printed countersheets (2 combat, 2 markers - 780 1/2" counters) One 40-page OCS version v2.0i rules booklet One 24-page Tunisia specific rules booklet Two 4-sided OCS v2.0i Charts & Tables booklets One Counter Stowage Tray Two 6-sided dice Complexity: High Solitaire Suitability: High Players: 1 or more Playing Time: 2-50 Hours