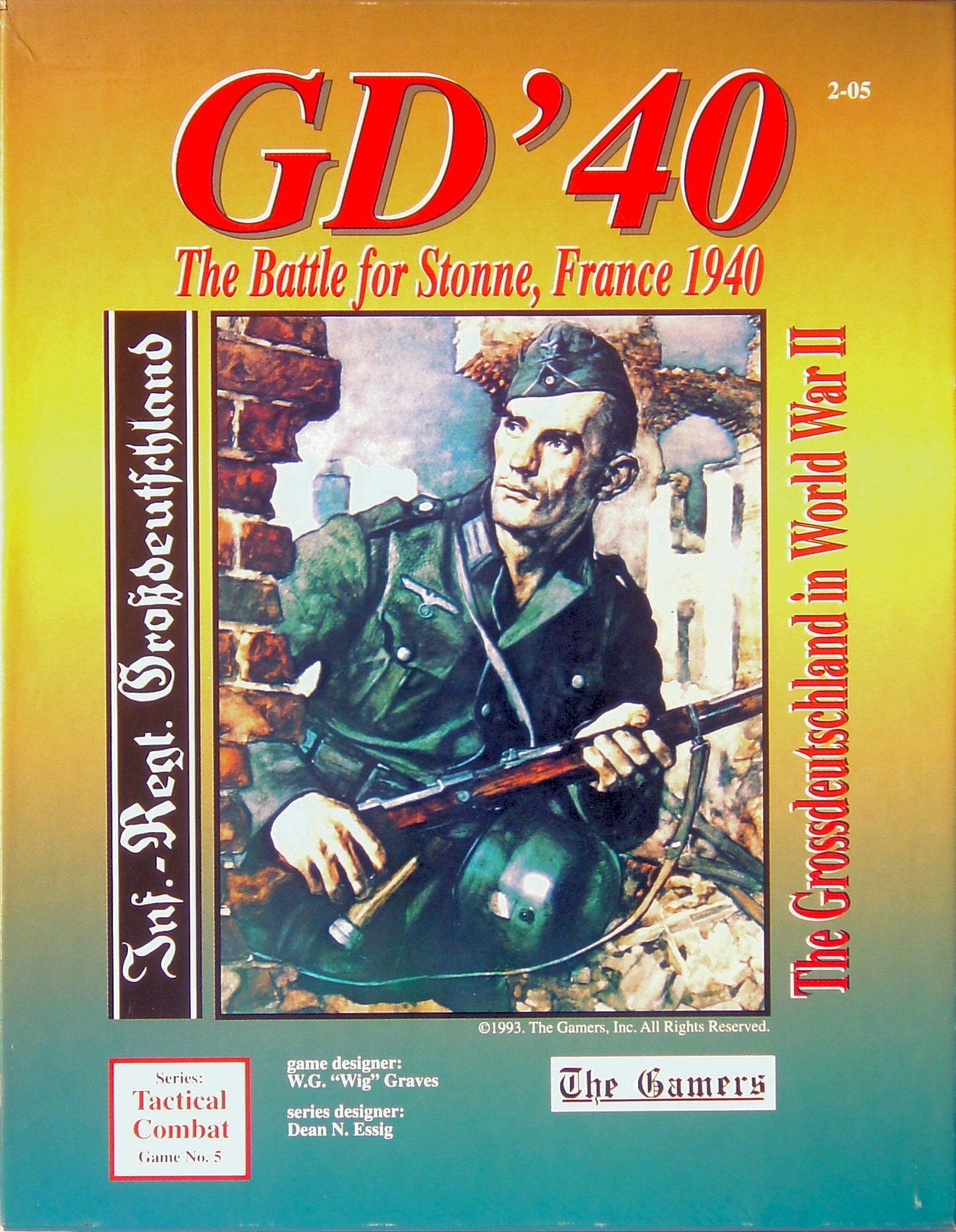 GD '40 - The Battle for Stonne, France 1940, is game 5 in the Tactical Combat Series by The Gamers and covers the battle for Stonne, France in 1940. It is the first in the series to cover the Infantry Regiment Grossdeutschland in World War II. The German breakthrough at Sedan opened the way for Guderian’s dash to the English Channel. What is not commonly known is that this advance proceeded at a pace which the German General Staff thought to be too aggressive, if not rash. It is not an understatement to say that had the French significantly threatened the Sedan bridgehead, the 1940 campaign could have developed quite differently. The French lost their best opportunity to do just that at the village of Stonne. In GD’40, players have the chance to change history. A successful French player may cause OKW to put the brakes on Guderian’s advance, which could give the French army time to react to the surprise German blow at Sedan. Failure will allow history to take its course—one of the most decisive victories of modern time. GD’40 is the first in a series of TCS games which will portray the Grossdeutschland throughout the war—from an infantry regiment in 1940 to a Panzer Corps in 1945. (Note: Just so that no one continues any misconceptions...the Grossdeutschland was a German Army unit; it was not in the Waffen SS.) Game Scale: Game Turn: 20 minutes Hex: 125 yards / 114 meters Units: Infantry platoons, individual vehicles Game Inventory: One 22 x 34" full color maps Three dual-side printed countersheets (840 1/2" counters) One 28-page TCS version 3.0 system rulebook One 8-page Grossdeutschland, 1940 specific rulebook Two 6-page TCS version 3.0 Charts & Tables folders Four Player Aid cards Two 6-sided dice Solitaire Playability: High Complexity Level: High Players: 2 or more Playing Time: 6-20 hours