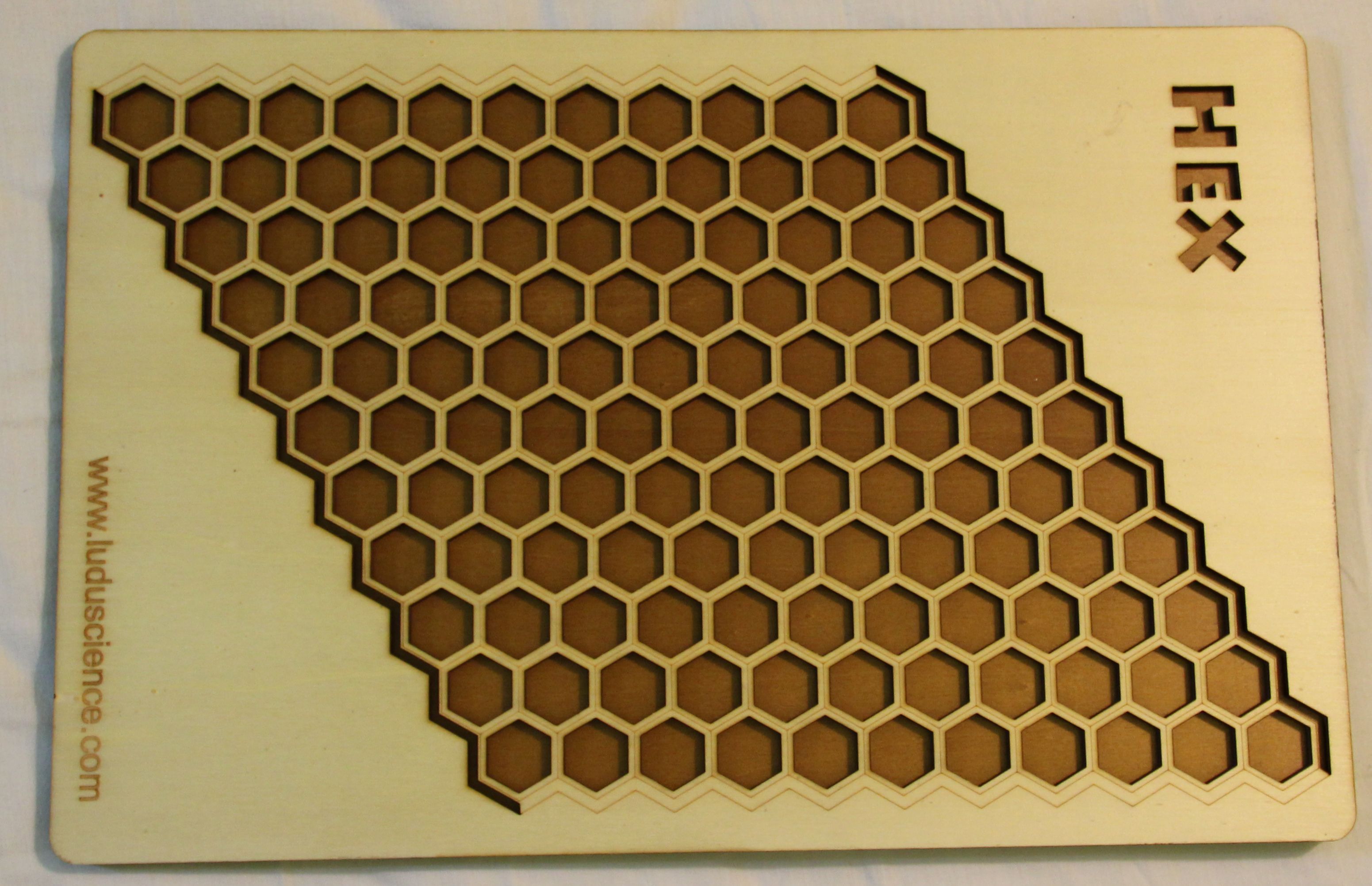 Hex was invented by the Danish mathematician and poet Piet Hein, who introduced the game in 1942 at the Niels Bohr Institute. The same year Hex appeared in the Danish newspaper Politiken under the name Polygon. Hein introduced the game to the readers on December 26, 1942 and during the following four months gave them a problem each day to begin with - eventually two days a week, on Wednesdays and Saturdays. The solution would always appear in the following column. It was independently invented by mathematician John Nash in 1947 at Princeton University. In 1952, Parker Brothers marketed a version. They called their version Hex, and the name stuck. Hex has the simplest rules of almost any game: connect your color edges with a path of tokens of your color. There is also a "swap rule" (also known as a pie rule) which compensates for the inherent advantage of the first player. There are a number of resources for Hex on the internet, including several real-time servers. If you want to play face-to-face, used Hex sets are occasionally available, and you can also make your own set. A Battlemat with 1" hexes can be cut into a 15x15 rhombus grid. Standard Go stones also work well for this board. It is also playable as a pencil-and-paper game, like the 3M Paper Game version.