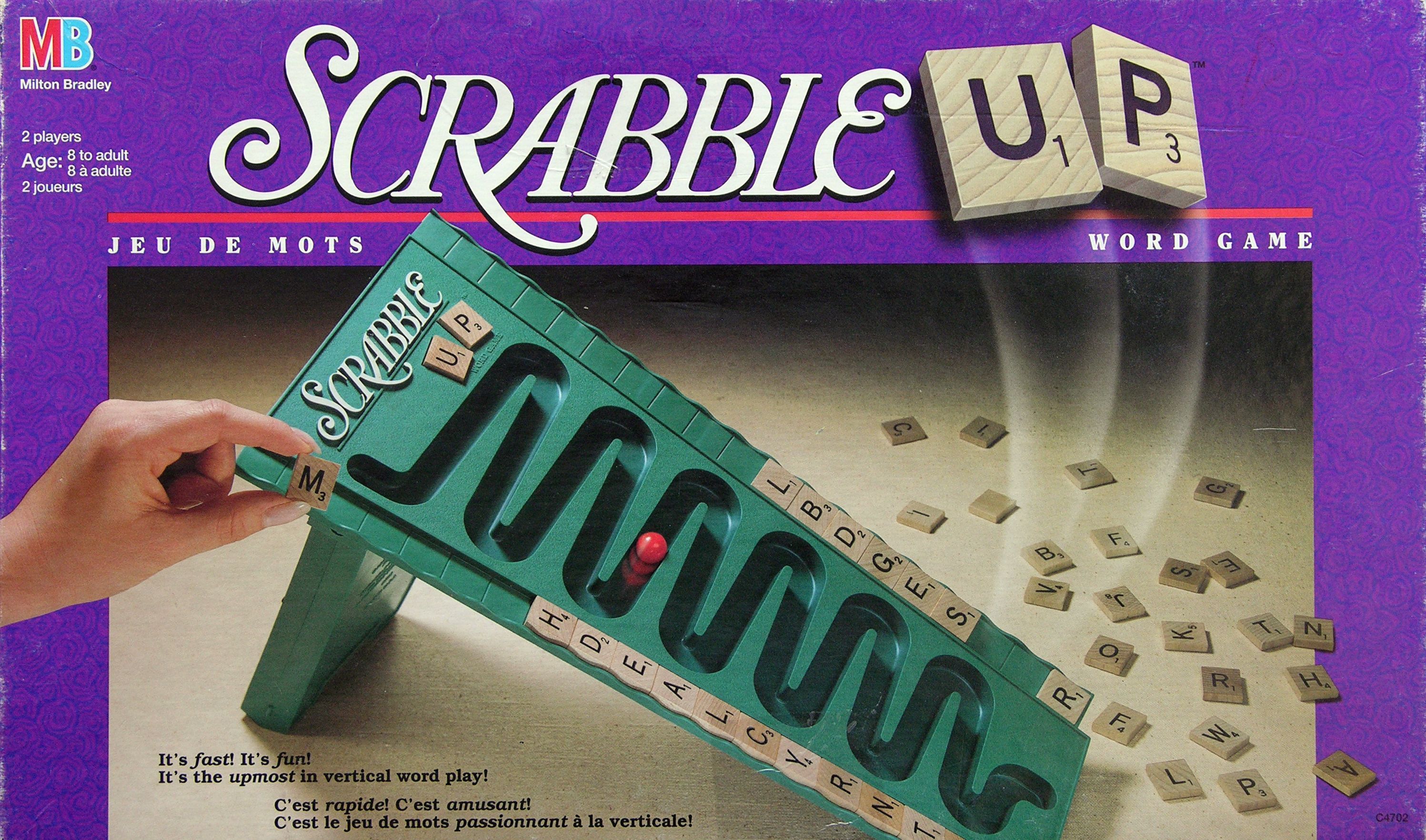 Bears little resemblance to the classic word game it's named for. Each player starts with six letter tiles; the first to accumulate 19 or more is the winner. Each player tries to form the longest possible word from the OTHER player's tiles, starting with the last tile drawn. The first to find a word starts a marble rolling down a zigzag groove, and the other player must give a word before the marble reaches the bottom. Then each player takes the tiles of the word they formed from the other player, each draws a new starting tile, and they take the next turn. There is also a variant which uses the point values on the tiles (same as in Scrabble) for scoring.