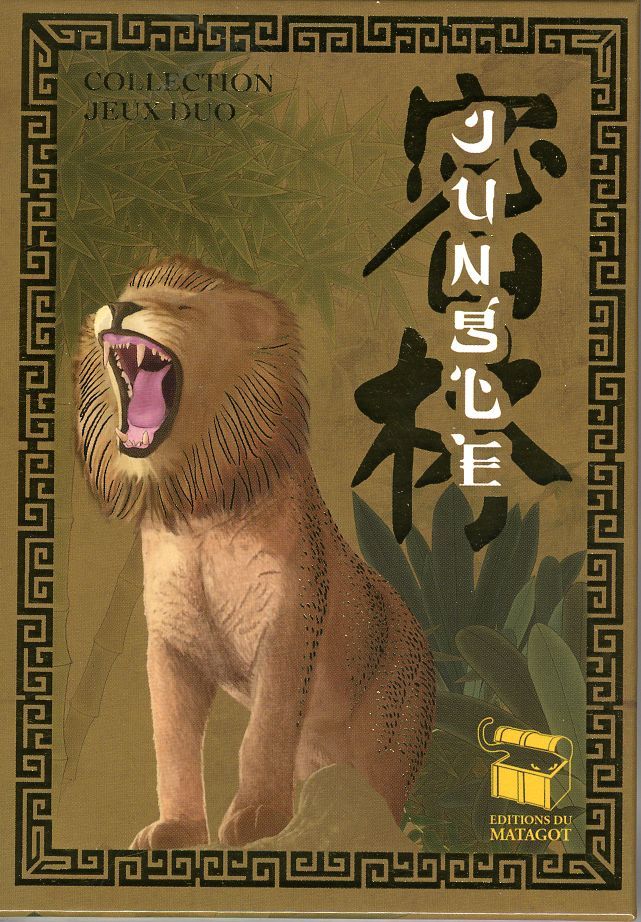 é¬¥ç¸æ£‹ (dòu shòu qí), also known as Animal Chess in English (this English name is used when English text appears on sets) is a traditional Chinese game in which each player has eight animals that move about the board one square at a time, attempting to win by entering the opponent's den. Stronger animals can eat weaker ones, but the rat can defeat the elephant by crawling into its ear. Interest is added to the board by a river (navigable only by the rat, but the lion and tiger can leap across it) and pitfalls (which make all animals vulnerable to attack by weaker ones). Sets can be bought cheaply in many Chinese shops; some have rules in English. This is not a deep intellectual exercise, but a strategic game that can be enjoyed even by young children.