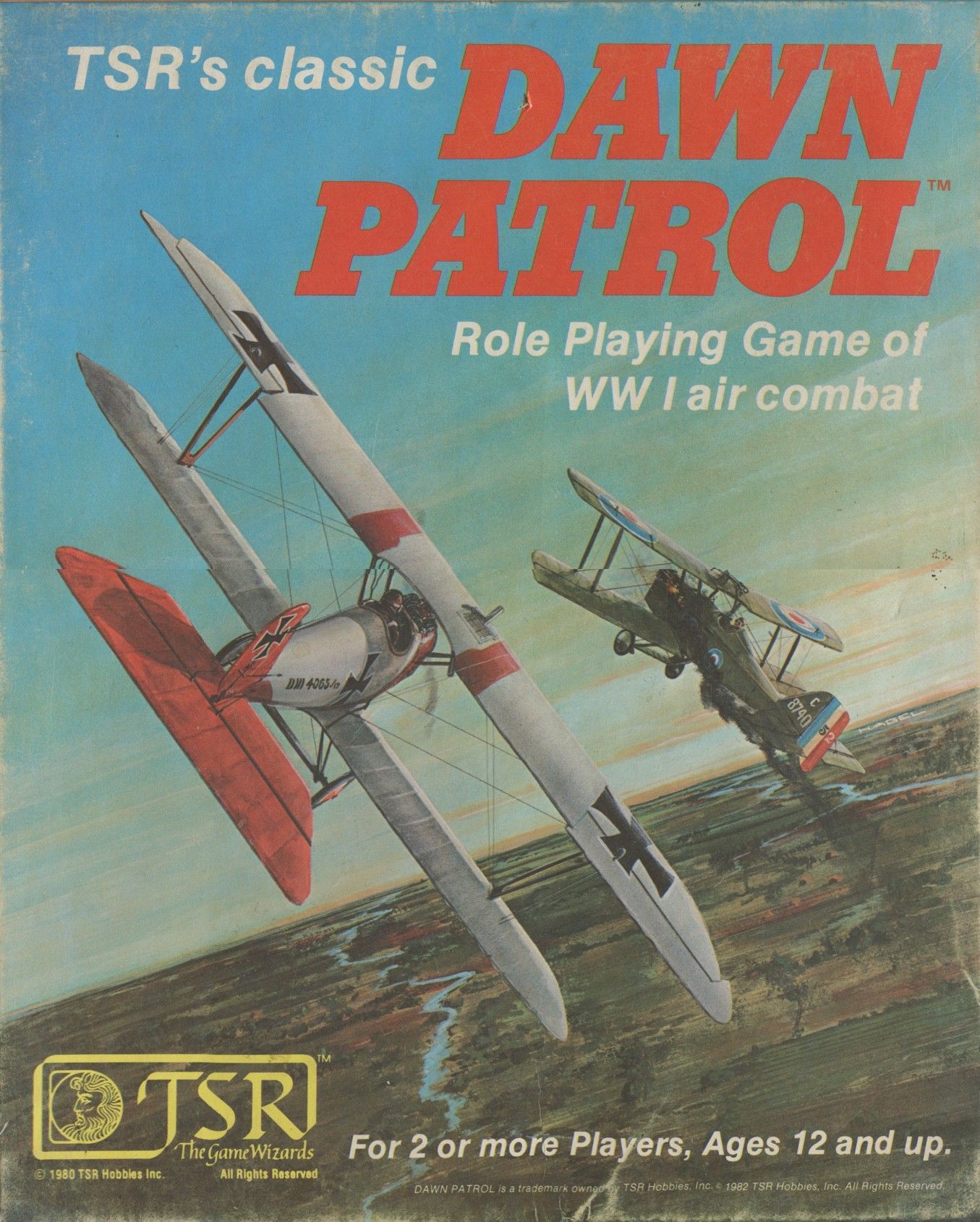 Dawn Patrol recreates the thrilling dogfights and air battles fought during The Great War. Each player controls an airplane in a fiery test of his or her skill and nerve. (32 pages of rules and 32 pages of charts, but none too difficult.) There is a role-playing element to the game, as if a pilot survives a mission, the next time a player flies the same aircraft, the player may use that now experienced pilot, who has some advantages over rookie pilots. These advantages grow if the pilot survives more missions and claims more kills. Dawn Patrol is an update of the earlier Fight in the Skies. The game has an active club, The Fight in Skies Society, which hosts one or two weekends of play in the Midwest each year and publishes The Aerodrome two to four times each year. Fight in the Skies/Dawn Patrol is the only game to have been played at every GenCon and is a featured event at GaryCon. Re-Implements: Fight in the Skies