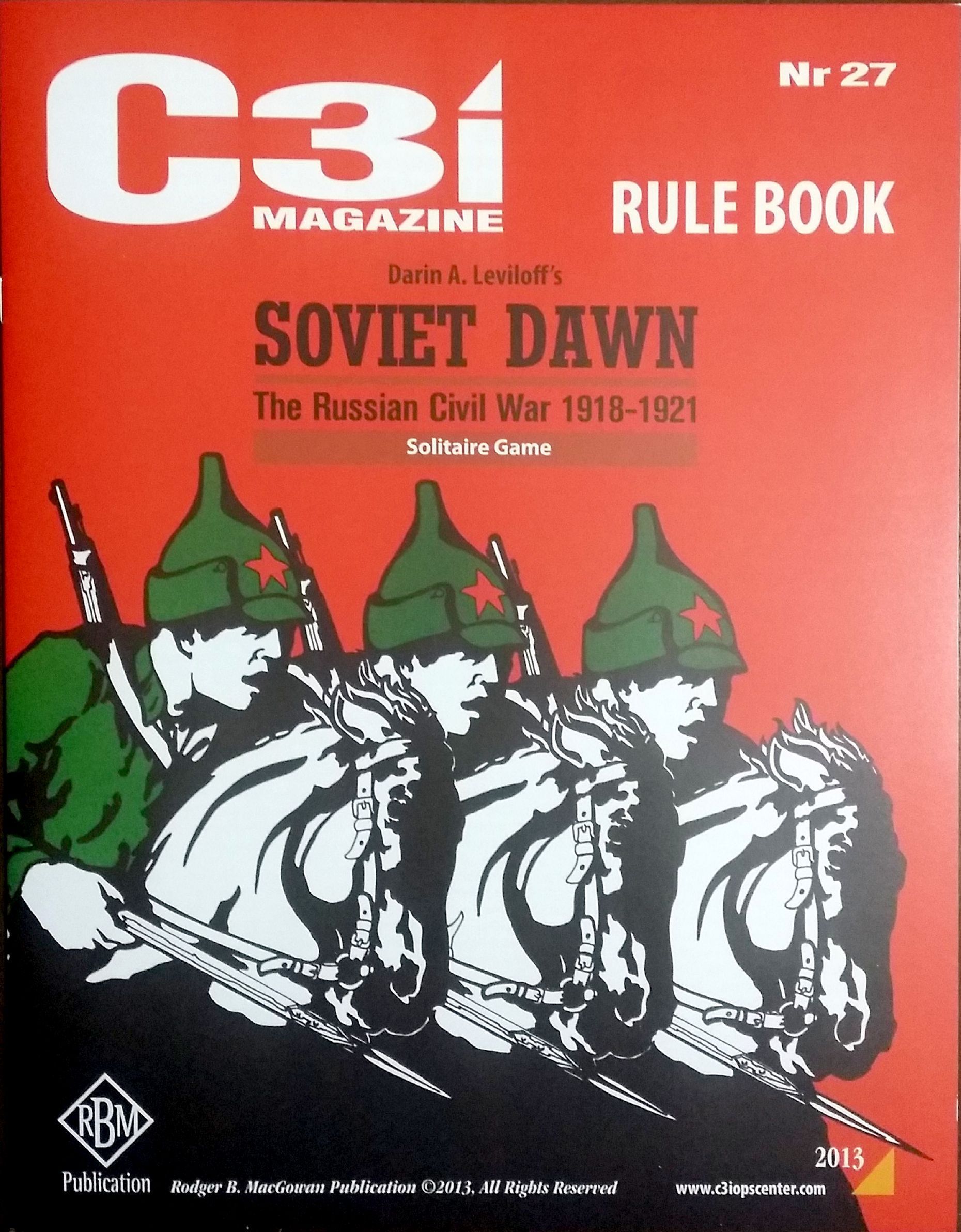 Soviet Dawn brings Darin Leviloff’s novel States of Siege(TM) game system (introduced in VPG’s Israeli Independence) back for a much larger storytelling adventure covering the Russian Civil War from 1918 to 1921. With several enemy "Fronts" converging on Moscow, the fate of the revolution and the prestige of international communism rests on your ability to manage and resolve every crisis that the "Whites" can assail you with. As the headlines unfold, you draw upon military and political resources to help you, or try to reorganize the Red Army for special abilities that can greatly enhance your position. Who knows? You might even capture the Imperial Gold Reserve! Can you deal with the great crises of that time and defend the revolution? Will you withdraw from the Great War (WW1) or exercise the Bukharin Option and fight on? Can you execute the Czar in time, or will the Whites rescue him? Will you fortify Petrograd or press your offensives home? How will you deal with internal and external dissent? Play Soviet Dawn and see! Game Components: One 8-page, color Game Rules booklet 16 color, die-cut 5/8" mounted game pieces 12 color, die-cut 3/4" mounted game pieces 48 ‘Headline’ cards One 11" x 17" color game map Detailed Example of Play + Designer’s Notes Scale: Each unit is one anti-communist Front, and each turn is a few weeks of real time. Soviet Dawn FAQ answers common rule questions.