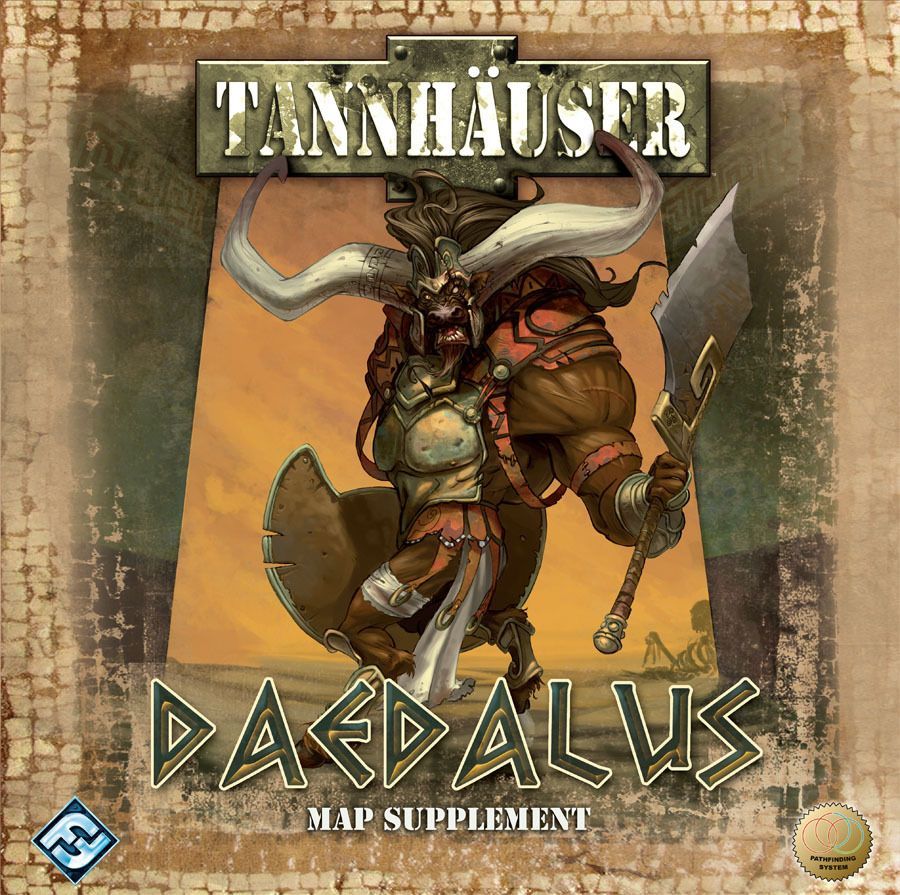 Somewhere in Crete, buried under the ruins of the Palace of Knossos lay fantastic secrets hidden and trapped by the famous Labyrinth of Minos. You send in your commando squad to uncover the secrets, but find a dark winding complex of tunnels filled with enemy soldiers. You must fight or die! Daedalus is the second expansion map for TannhÃ¤user. It introduces the Labyrinth of Minos where you will explore the maze made famous by the Minotaur of Minos; filled with mystery and great treasure. Daedalus introduces several new concepts to TannhÃ¤user maps. Included are one way spaces, restricted spaces and 4 entry points! There is also a horizontal tram system to speed a single character's across to the opposite side of the map. There is also a series of 6 scenarios and 64 tokens featuring many of the Token of the Month entries.