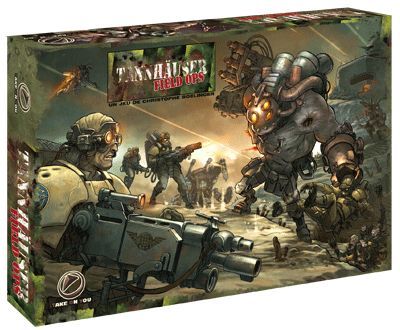 Tannhäuser Field Ops is a table top card game where the cards move on the table (like in Wings of War and Battleground) to represent various units in the 1949 Tannhäuser U-Chronic Universe where WWI never ended and the Reich has uncovered eldritch horror and the forces of the Union under President Edison are benefitting from alien technology from the Roswell UFO crash. The player each secretly set up their orders and then play out the turn. Troops are assisted by various gear and special powers and are affected by different terrain cards on the table. Defeat the enemy troops or complete a scenario conditions to win.