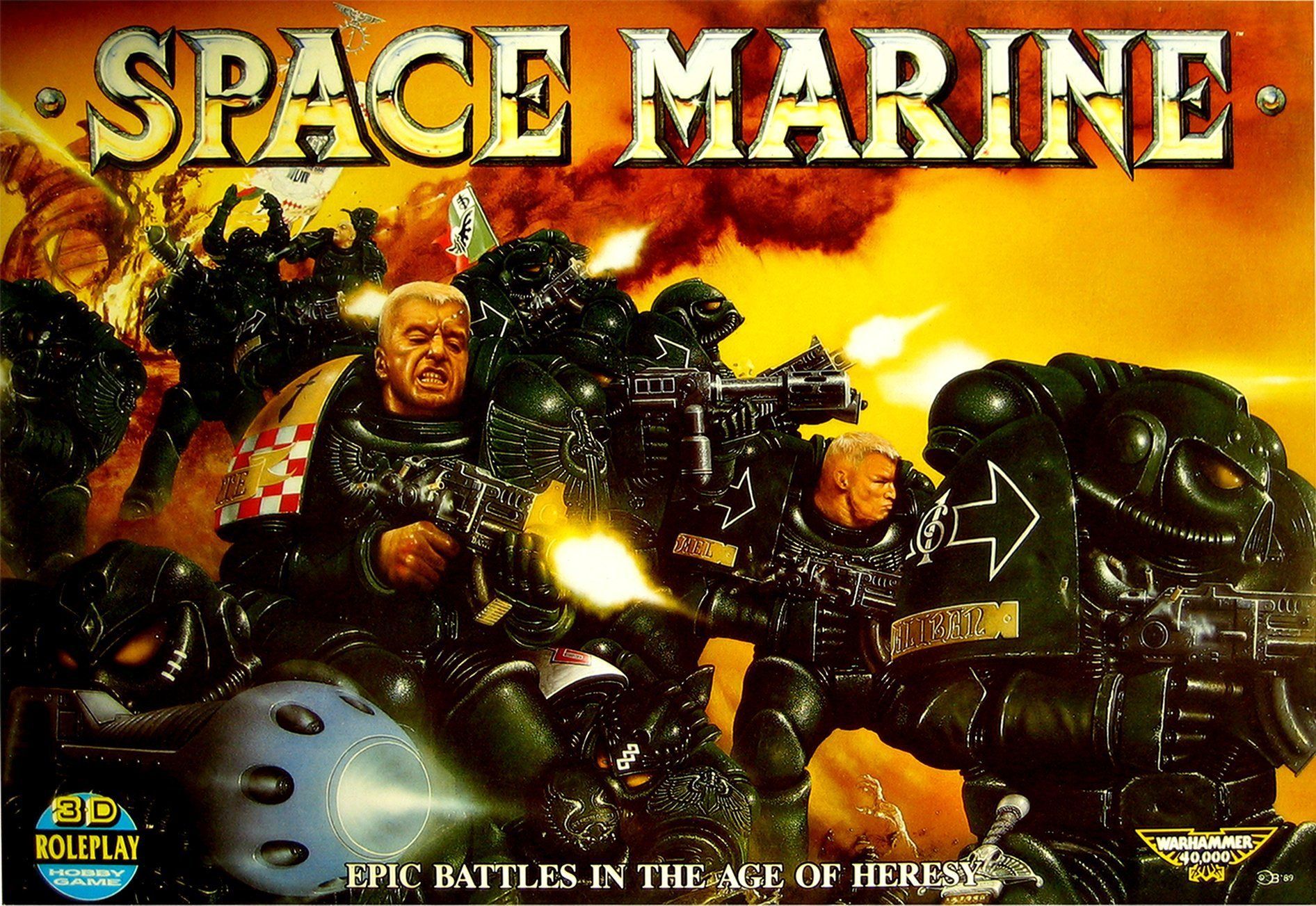 Space Marine is a miniatures wargame set in the Warhammer 40,000 universe. This game in both its editions was the flagship of Games Workshop Ltd.'s Epic scale (6 mm) miniatures games until they were replaced by Warhammer Epic 40,000 which worked at the same scales but had all new mechanics. Both first and second editions were sold as box sets which contained rules, scenery and enough miniatures for two armies. First edition subtitled Epic Battles in the Age of Heresy was set in a much earlier time period than Warhammer 40,000. It featured Space Marines versus Space Marines in a civil war. The game could be combined with the previous published Adeptus Titanicus which featured Titans, giant robots, in the same 6 mm scale. Ork and Eldar models were also released, with rules for them in the Codex Titanicus expansion. Second edition was subtitled Epic Conflict in the War Torn Universe of the 41st Millenium and brought the setting into the standard era of Warhammer 40,000. It was radically revised but still fundamentally the same system, unlike the latter version of the Epic range. The new edition included Orks, Eldar and Titans in the base rules. These and other new races were greatly expanded in latter supplements. First Edition expansions and compatible games: Adeptus Titanicus (1988) - also a stand alone game. Codex Titanicus Second Edition expansions and compatible games: Armies of the Imperium: Space Marines and Imperial Guard (1991) Renegades: Eldar and Chaos Armies for Space Marine (1992) Ork and Squat Warlords (1992) Space Marine Battles (1993) Titan Legions (1994) - also a stand alone game. Hive War:Tyranids (1995) Later Editions of the Epic system: Warhammer Epic 40,000 - 3rd Edition (1998) Epic Armageddon - 4th Edition (2004) NetEpic - unofficial continuation of 2nd Edition (1997) Heresy - unofficial rules in same scale and setting, designed to be a grittier wargame.