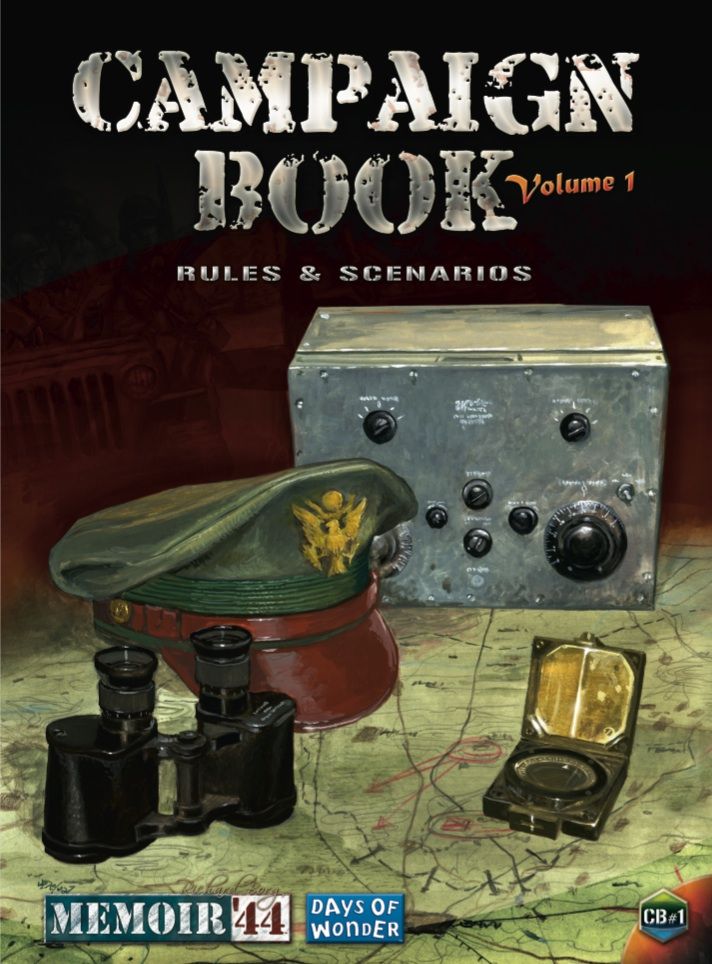 From the publisher's website: The Memoir '44 Campaign Book invites you to relive the conflicts of World War II in all of their staggering scope and intensity. Included are more than 50 new scenarios and advanced campaign rules covering three Theaters of Operations throughout the War: The Battle for Normandy in the summer of 1944, the Blitzkrieg to the West in 1940, and Operation Barbarossa on the Russian Front in 1941. The new campaign rules let you play scenarios in succession, with the outcome of each battle impacting what follows: each success brings you closer to victory, while defeats will deal you temporary set-backs, or worse, the complete rout of your Army! With the Memoir '44 Campaign book, you'll step into the boots of Montgomery, or head out at the front of a German column to try and throw the Allies back to the sea. Unleash your Panzers onto hapless Belgium and France, or advance into the frozen steppes of the Soviet empire. http://www.daysofwonder.com/memoir44/en/content/cb1_inside/ Part of the Memoir '44 series. The Battle for Normandy can be played without any expansions, but you will need tiles from Memoir '44: Terrain Pack and Memoir '44: Eastern Front for Blitzkrieg to the West and Operation Barbarossa. One of the twelve campaigns also requires Memoir '44: Air Pack, which is recommended, though not required, for the other campaigns. Buy the Microbadge