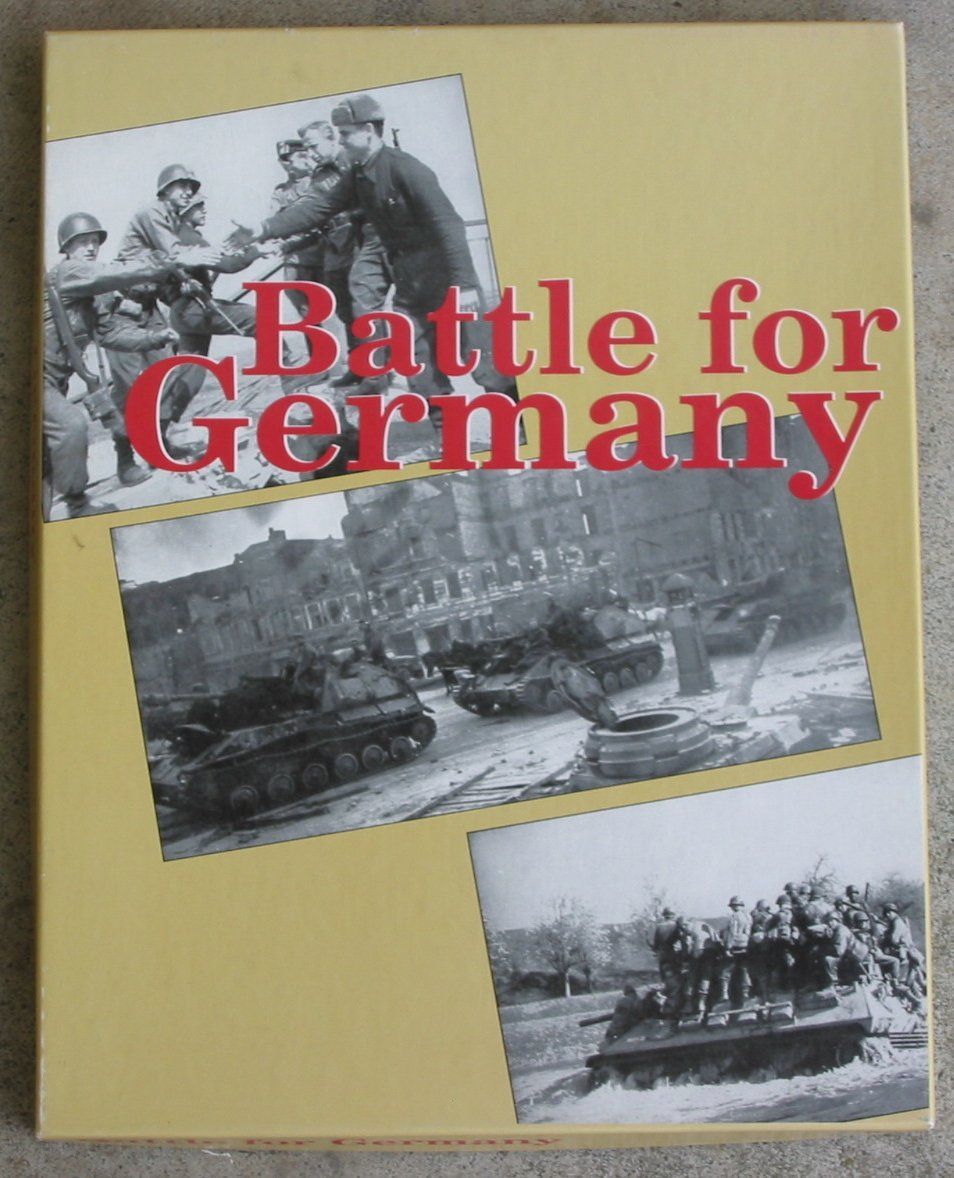 Battle for Germany game is small, it only takes about three to four hours to play for players of normal skill and luck. The game starts in December of 1944 with the Ardennes Offensive (a variant allows the German player to skip this and save his strength). As a two-player game, it is interesting in that each player plays both an Allied army (Western Allies or Soviet Union) AND a German army (Western Front or Eastern Front). This forces each player to play offense and defense. The player playing the Western Allies and Eastern Germans has a very challenging task. The Western Germans have good defensive terrain (the Rhine river and Westwall defenses), while the Eastern Germans have weak units, a long front, very poor defensive terrain and they face a large Soviet and Yugoslav army. The only real advantage enjoyed by the East German player is the lack of victory points to be gained in the East, and the slow Soviet replacement rate. The Western Alllied units are very fast moving, but they don't usually get a chance to exploit this until the very end of the game (at best). The map is the same size as most SPI Quadrigames or folio games and has similar graphics. Cities are rated as 1 or 2 victory points, with Berlin worth 10. A line down the middle of Germany cannot be crossed (in the 2-player game), which makes Berlin the only city which can be captured by the Western Allies or the Soviets (ahistorical, but essential to the game's concept). Units are corps for the Germans and Western Allies and corps, armies, or fronts for the Soviet player. Each unit is rated for attack, defense and movement. Combat is decided by an odds-based combat results table and a die roll. Combat results include various combinations of retreat and elimination (there are no step losses, disruption or anything like this). Eliminated units can be replaced, but very slowly and (for some players) with the weakest available unit coming back first. The game includes variants for 3- and 4-player versions where the Germans are played by 1 or 2 players, and a "red star/ white star" scenario where the Western Allies and Soviets fight it out with some help from the remnants of the German army.