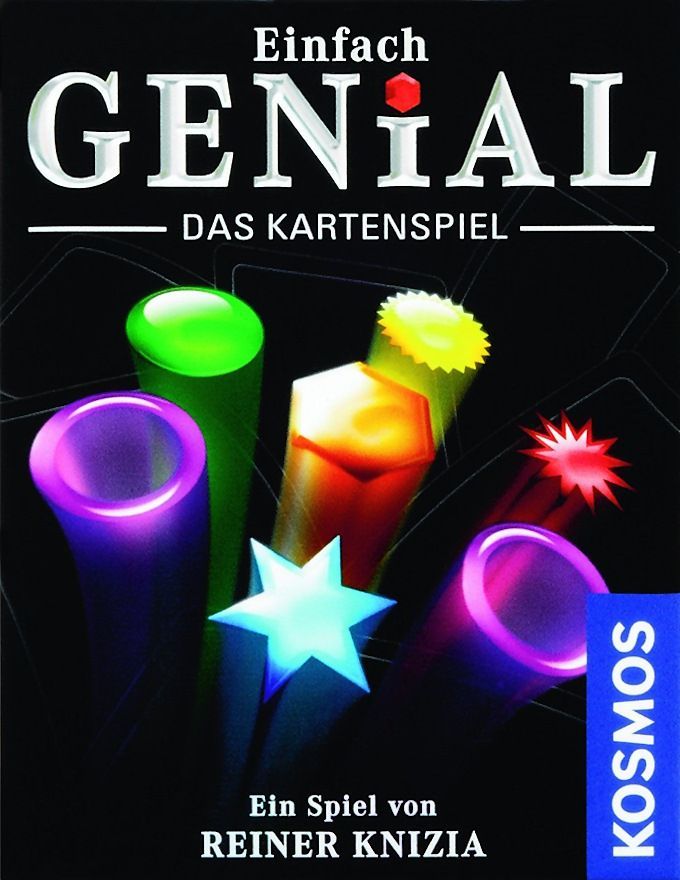 Reiner Knizia's Ingenious series got a new child in late 2008: Einfach Genial: Das Kartenspiel ("Ingenious: The Card Game"). In this game, a player receives a hand of six cards, with one card placed face-up in front of him. A card shows a combination of two different colors/symbols familiar to those who know the Ingenious board game. On a turn, the active player plays one of his hand cards and scores as many points for each symbol on the played card as there are symbols lying in front of all players. These points are marked in the matching color track on a player's individual scoring board, and the first player to have seven or more points in all colors wins. Progress is complicated by three barriers on the scoring tracks, which cannot be passed unless all colors have been bumped to a certain level of points – thereby forcing players to push their colors evenly. As in Ingenious, players take an extra turn immediately if they max out the points available in a color, with ten being the highest number in Einfach Genial: Das Kartenspiel. Einfach Genial: Das Kartenspiel was later released as one of three games in Fantasy Flight Games' Ingenious Challenges.