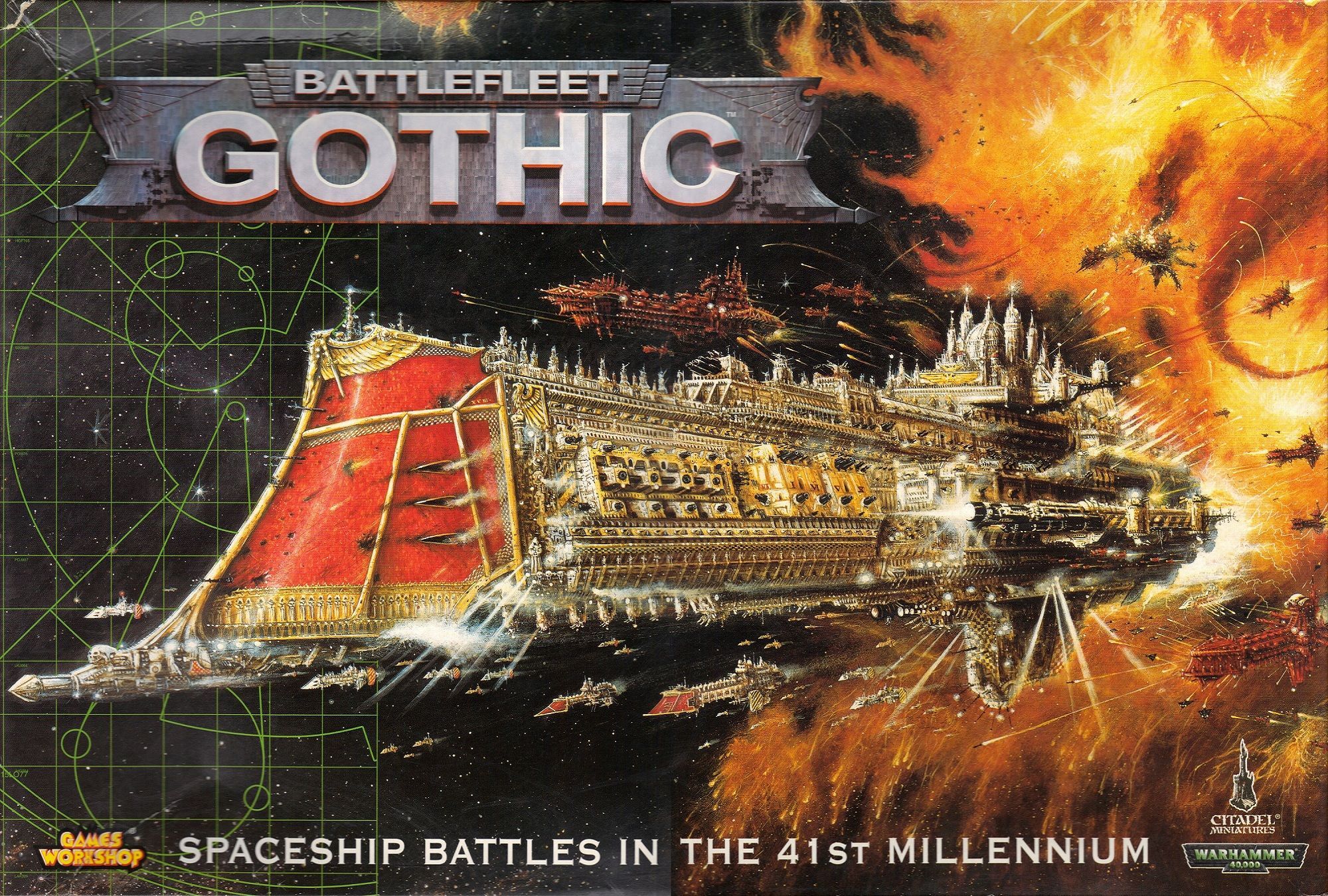 A space battle game set in the Warhammer 40,000 universe. BFG uses a variety of spaceship miniatures that are moved and fired by distance measuring. Battles have a Age-of-Sail-in-Space feel to them with more emphasis on broadside attacks than on 'air' superiority. The core rules contain scenarios along with campaign rules. The starter box was out of print for couple of years, but due to popular demand (or a large surplus of miniatures in their warehouse), Games Workshop re-released it. The starter box set is now OOP. The rules have been revised, and are available in book format and free PDF downloadable files. As of 2013, the ships are no longer available from Games Workshop or Forgeworld. The game is expanded by Battlefleet Gothic Armada Armada supersedes the BFG rulebook, often referred to as 'the blue book.'