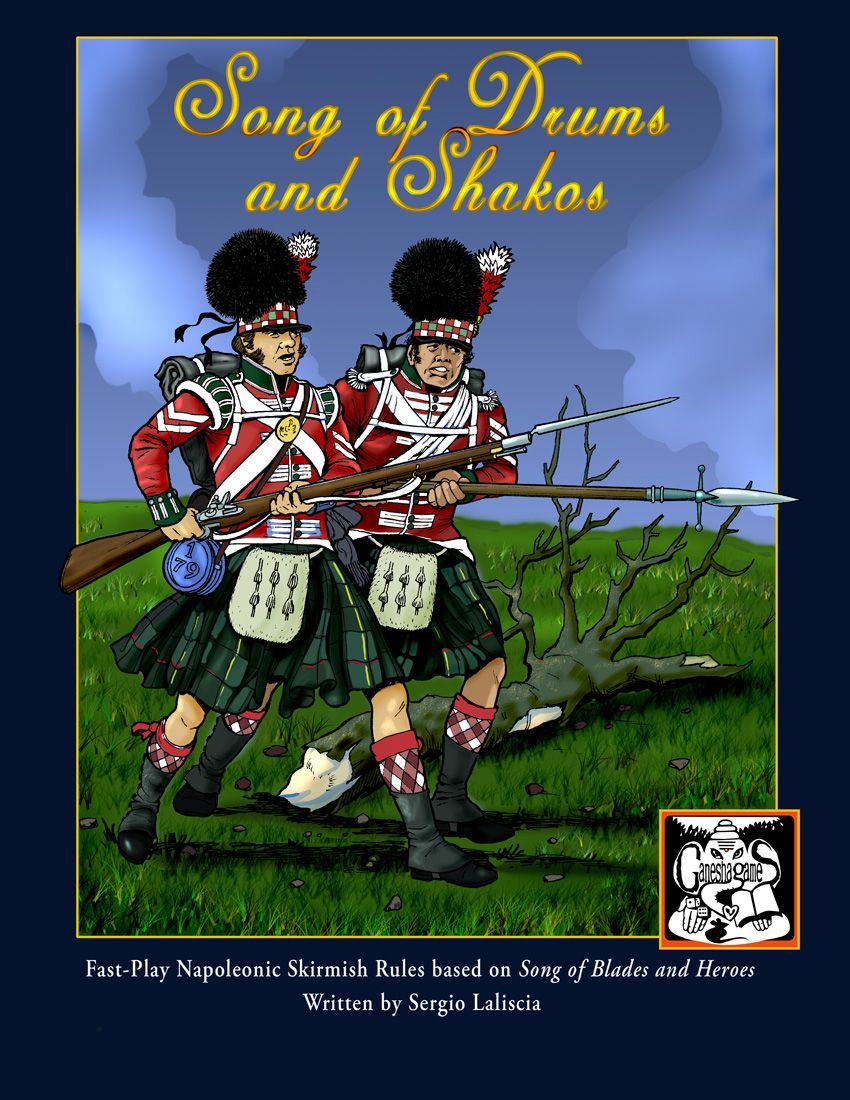 "Keep your musket loaded!" Song of Drums and Shakos is a fast play Napoleonic skirmish game based on the popular *Song of Blades and Heroes* mechanics. This is a stand-alone product - you do not need Song of Blades and Heroes to play this game. Muster your squad. Deploy your soldiers and fire volleys at the enemy...and when the moment of truth comes, fix bayonets and charge! - Three scenarios included - Simple, elegant system where your tactical decisions matter - playable in any scale with single based models - All major troop types represented: 160+ profiles (French, British, Prussian, Russian, and Austrian) - Easy measuring system - No bookkeeping - Point system for building up your Squad - Play with as little as 5-6 elite to 20 inexperienced soldiers in a standard game - Playable on a small table (60x60 cm for 15mm) - Simple yet subtle command system, with Officers and NCO - Two or more players, 30-45 minutes for a full game - Ideal introductory rule set to small actions in the Napoleonic Era.