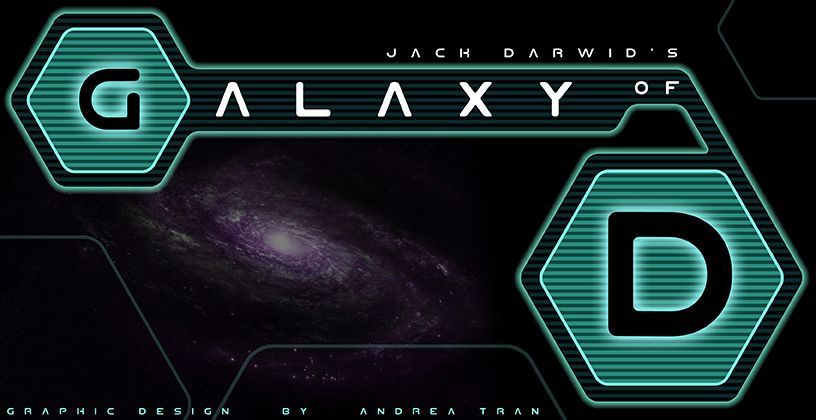 GALAXY OF D A TWO Players hex & counter space combat game Fast, brutal and diceless combat ! The galaxy is randomized at the beginning of each game, so no two games are the same ! And you will constantly try to outthink your opponent (in a fun way, in our experience :) ) The game length is about 45-90 minutes (depends on the players). In the gameplay Galaxy of D uses almost no dice/randomizer of any kind, I think this is a very Euro game. Bad moves, and the game can end in 15-30 minutes! 1. INTRODUCTION Once again, the Redog (red) and the Cynder (blue) come face to face to conquer a galaxy…the Galaxy of D !! You are a space war commander who controls a small fleet of ships on the Redog/Cynder side. You spend money to buy ships, then you can move ships around to attack other ships and enemy Starbases. Also, you can take control of planets and asteroids by moving your ships to their sectors. Holding planets and asteroids is important because this gives you a steady income that can be used to buy more ships, but keep in mind that your enemy is going to be competing with you for those same resources. If you move a Freighter to a planet, it automatically acquires cargo. Once a Freighter has cargo, you can sell it to the Spaceport. Each Freighter can carry one cargo and only Freighters can carry cargo. Just watch out for those pirates! One last thing. In an act of sabotage, someone turned on your Starbase’s self-destruct mechanism. This means that it will gradually destroy itself, assuming that your enemies don’t eliminate you first. Really, you have no time to waste. Get to it, commander! 2. THE MISSION Your goal is to eliminate your enemy’s Starbase while protecting your own. Home Page: http://www.jackdgames.com