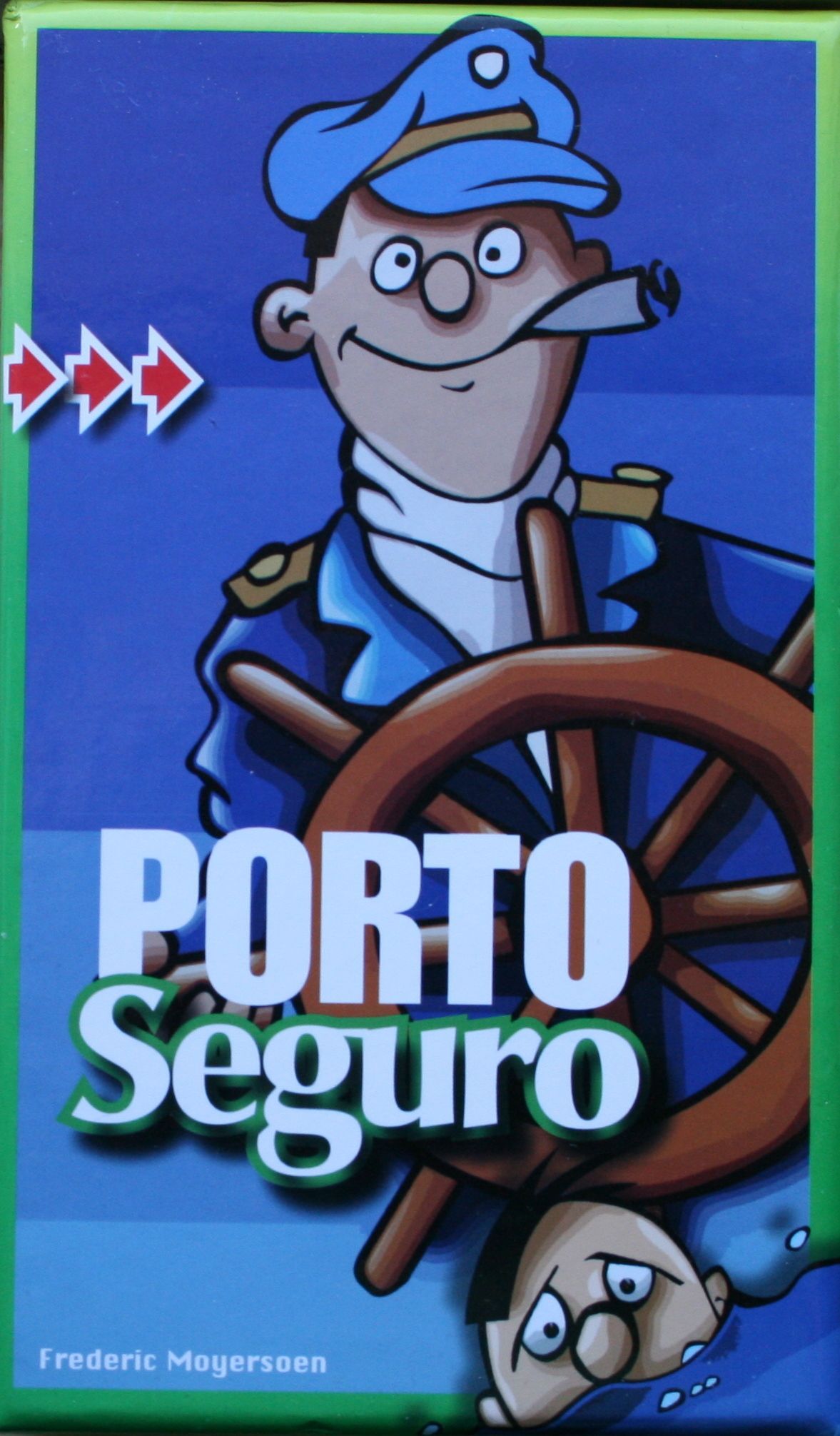 Porto Seguro was specifically designed to learn about the Belgian social security system. A system where everybody obligatory contributes taxes to a fund that redistributes that money to those who need it most. The game mimics this system as players start out at different wealth-levels and have to contribute, by sharing their wealth with other players. Players who do so get rewarded, players who don't get punished. The game is designed so that when you're wealthy you have more options, but you have to contribute more. When you're poor you have fewer options but get supported by the game's system. At the start of each turn players receive their income in the form of cards. Some of those go into the social security system to support the less fortunate players. Players can trade the remaining cards with each other. Those involved in the trade can perform the action on the card. Actions involve moving up or down on the social ladder. The cards have differently colored background and the final goal is to get seven cards of the same color. The game is lightened up by using a theme that is not directly related to the matter. Players are boat owners with boats ranging from a luxury yacht to driftwood.