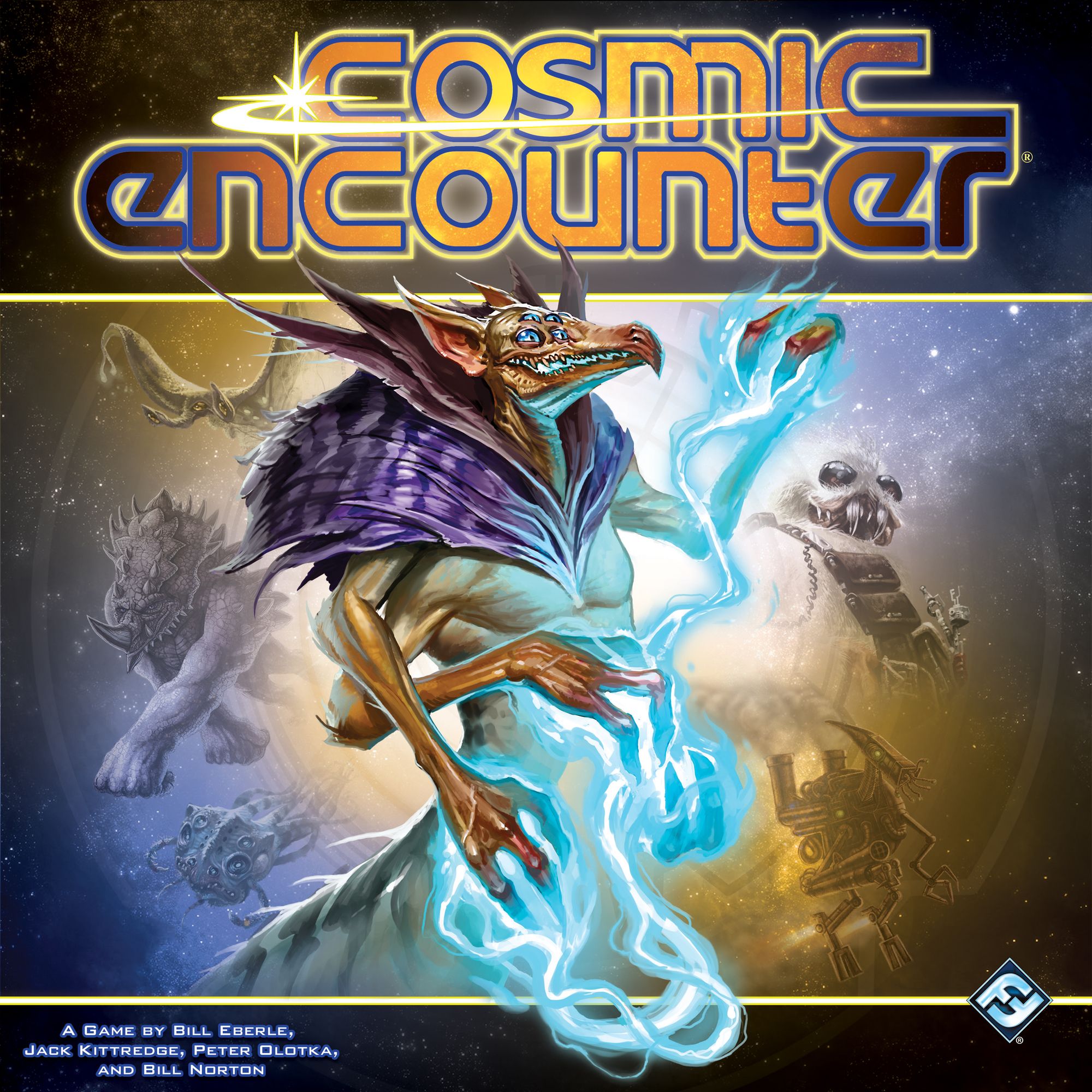 From the Manufacturer Build a galactic empire... In the depths of space, the alien races of the Cosmos vie with each other for control of the universe. Alliances form and shift from moment to moment, while cataclysmic battles send starships screaming into the warp. Players choose from dozens of alien races, each with its own unique power to further its efforts to build an empire that spans the galaxy. Many classic aliens from earlier editions of this beloved game return, such as the Oracle, the Loser, and the Clone. Newly discovered aliens also join the fray, including Remora, Mite, and Tick-Tock. This classic game of alien politics returns from the warp once more. In Cosmic Encounter, each player is the leader of an alien race. On a player's turn, he or she becomes the offense. The offense encounters another player on a planet by moving a group of his or her ships through the hyperspace gate to that planet. The offense draws from the destiny deck which contains colors, wilds and specials. He or she then takes the hyperspace gate and points at one planet in the system indicated by the drawn destiny card. The offense vs. the defenses ships are in the encounter and both sides are able to invite allies, play an encounter card as well as special cards to try and tip the encounter in their favor. The object of the game is to establish colonies in other players' planetary systems. Players take turns trying to establish colonies. The winner(s) are the first player(s) to have five colonies on any planets outside his or her home system. A player does not need to have colonies in all of the systems, just colonies on five planets outside his or her home system. These colonies may all be in one system or scattered over multiple systems. The players must use force, cunning, and diplomacy to ensure their victory.