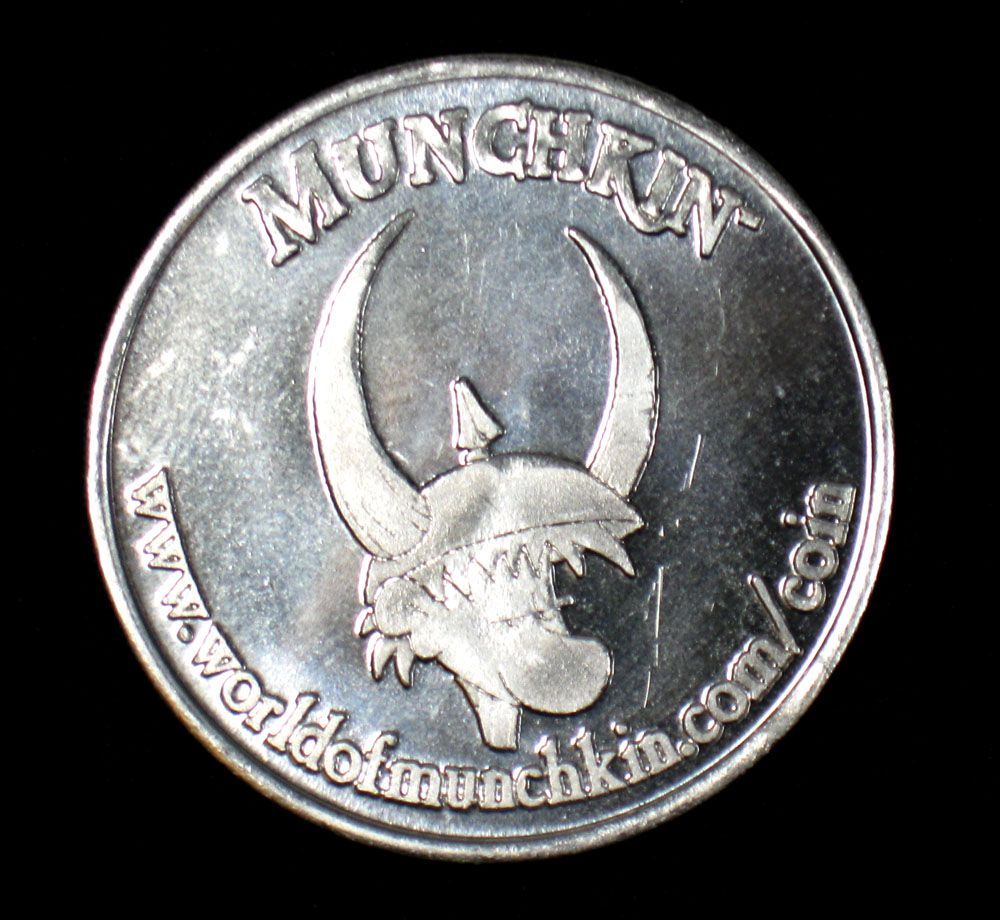 Overview Munchkin coins began with the first Munchkin Silver Piece in 2008, a promotional item that gives varying in-game benefits depending upon what month it is. The publisher has released a different silver piece every year since. Typically the coins can only be obtained as promo items at tournaments, game shows, or conventions. Sometimes they are included with game purchases made directly from the publisher. In December 2009, a limited number of Munchkin Christmas Coins were put up for sale. These were a pair of 2010 coins colored red and green. The same was done a year later with 2011 coins. No Christmas coins, however, were released in December 2011. The Christmas coins have additional rules above and beyond the standard monthly rule. In April 2010, the Munchkin Blue Silver Piece was included in issue #122 of Game Trade Magazine. The blue coin also has an additional rule. Current and past rules are posted at: http://www.worldofmunchkin.com/coin/ Other Part of the Munchkin series.