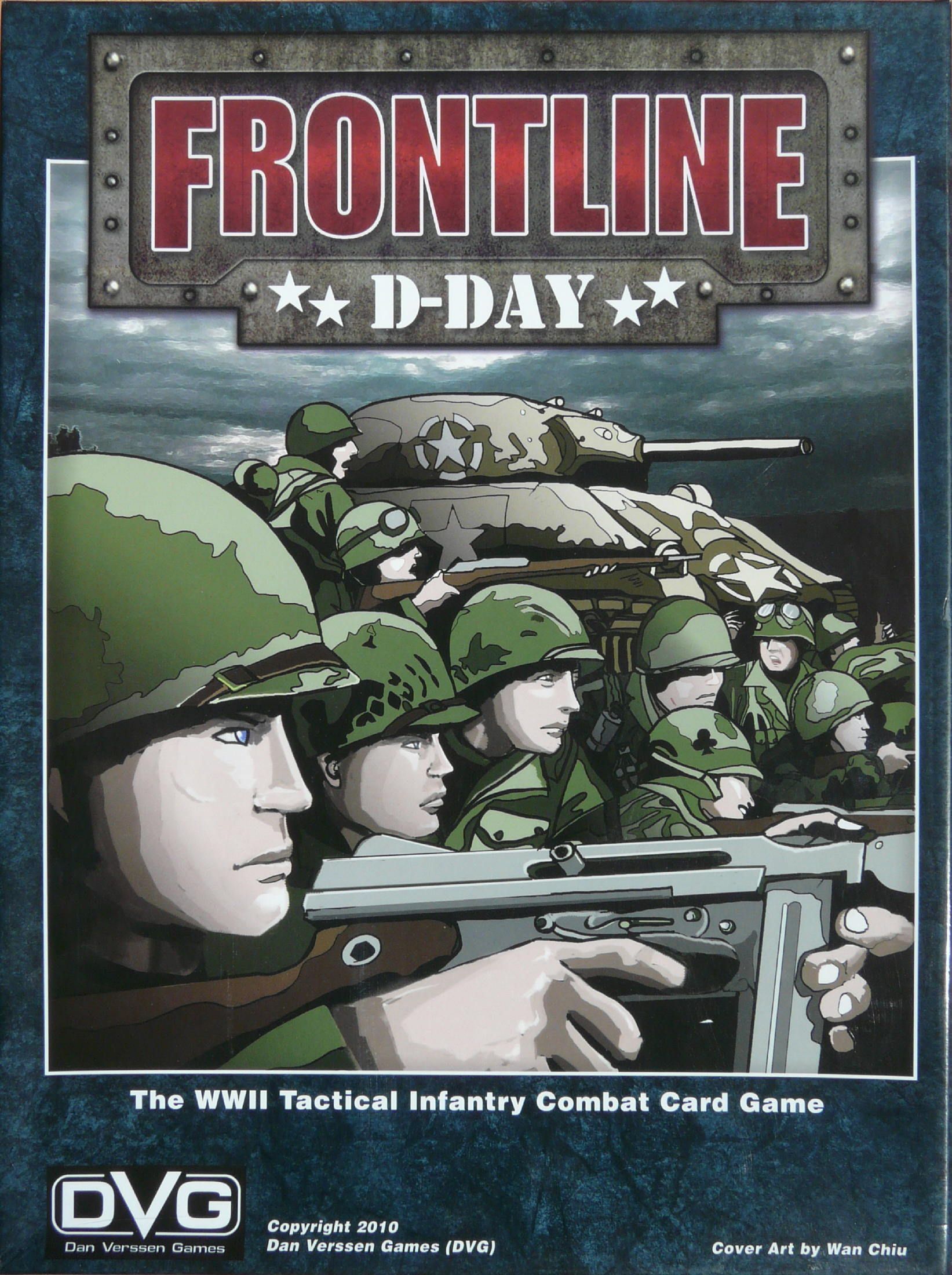 From publisher web site Assault the Beaches of D-Day and Beyond! Frontline is a tactical WWII ground combat card game for 1 to 4 players. The game covers small unit action during the D-Day beach assaults and the steady stream of conflicts as the Allied troops advanced toward Germany. Each player commands a squad of 5 to 12 British, American, or German soldiers and vehicles. Each card represents one soldier or vehicle. Each unit has inherent actions each turn including moving and attacking with different modes of fire. An action card deck enhances basic actions, and provides units with spur of the moment options. The game uses counters to illustrate vital game information such as wounds, range, ammo, command, and morale. The range system is easy to use and simulates the movement of forces on the battlefield. Frontline can also be played solitaire using the enemy Tactic cards. These cards give general, specific, and conditional orders to the enemy troops based on the current battlefield situation. You can create battles by purchasing your starting forces, playing pre-made scenarios, or using the balanced randomized engagement rules.