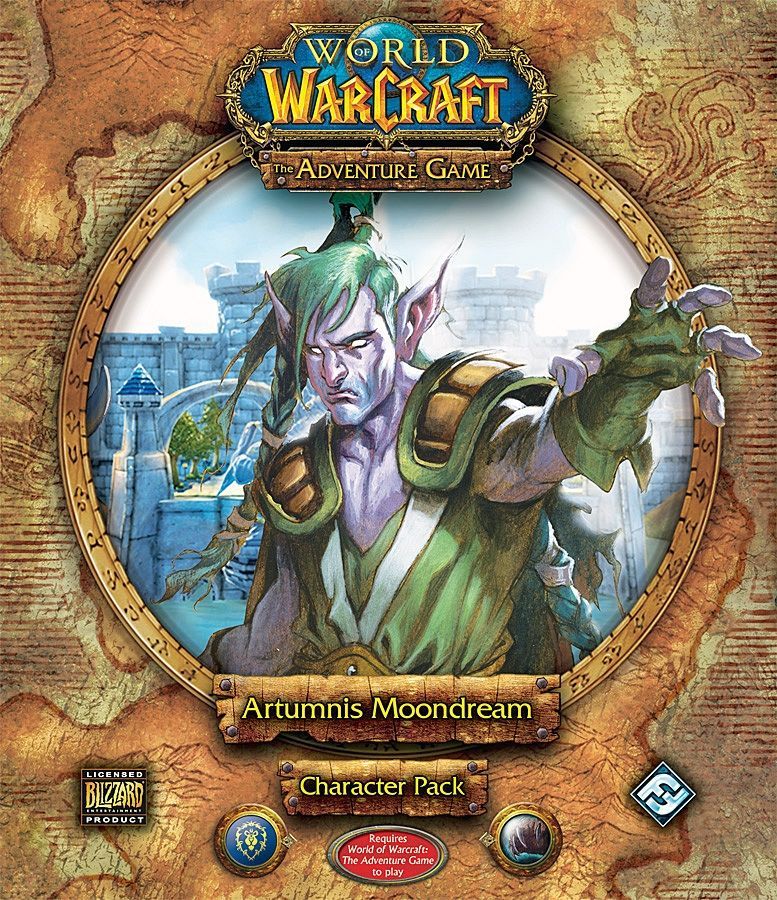 In the world of Warcraft, there are many heroes and many perils. As each foe falls, a new enemy is revealed; as each hero falters, a new champion stands forth. Now, a new hero has risen to take his place in the Hall of Legends! Artumnis Moondream, a Night Elf druid, possesses the power and ferocity of the bear. By harnessing his druidic powers, he may assume bear form to increase his durability and strength. By calling on the spirits of nature, he may heal himself, trap escaping foes, and strike his enemies at range. This expansion pack contains; * 28 Challenge Cards * 23 Ability Cards * 9 Character Tokens * 4 Character Cards * 1 Character Miniature * 4 Quests * 4 Discovery Tokens Expansion for: World of Warcraft: The Adventure Game