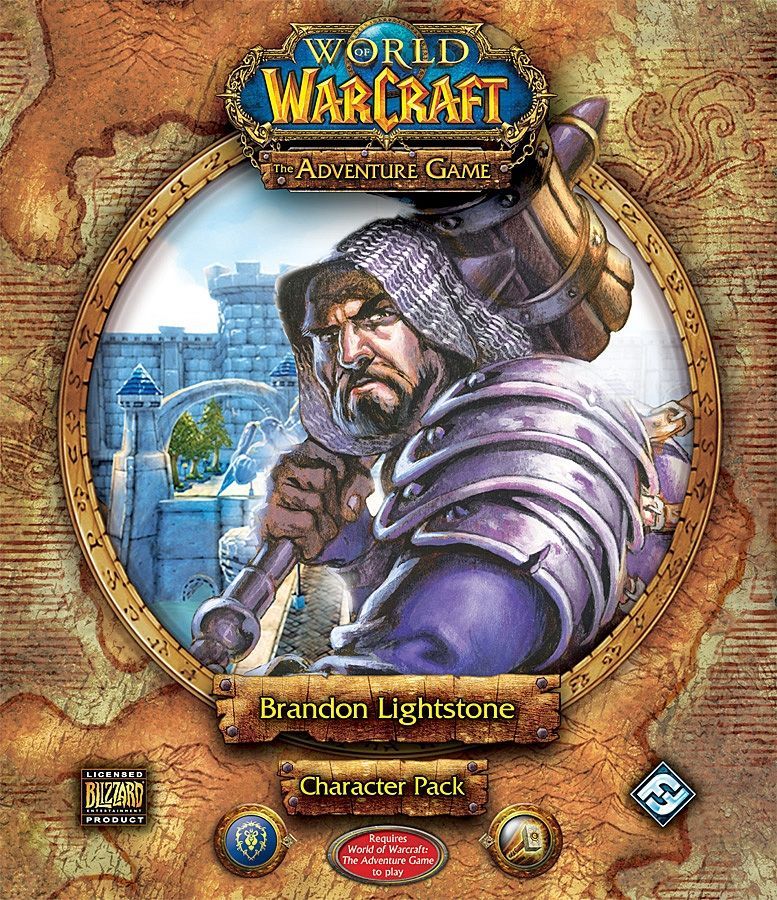 In the world of Warcraft, there are many heroes and many perils. As each foe falls, a new enemy is revealed; as each hero falters, a new champion stands forth. Now, a new hero has risen to take his place in the Hall of Legends! Brandon Lightstone, a Human paladin, brings righteous retribution to all foes of the Holy Light. Using his powerful Auras, Seals, and Blessings, he is a holy warrior dealing out punishment to his foes. Woe betide any enemy who dares attack him! This expansion pack contains; * 28 Challenge Cards * 23 Ability Cards * 9 Character Tokens * 4 Character Cards * 1 Character Miniature * 4 Quests * 4 Discovery Tokens Expansion for: World of Warcraft: The Adventure Game