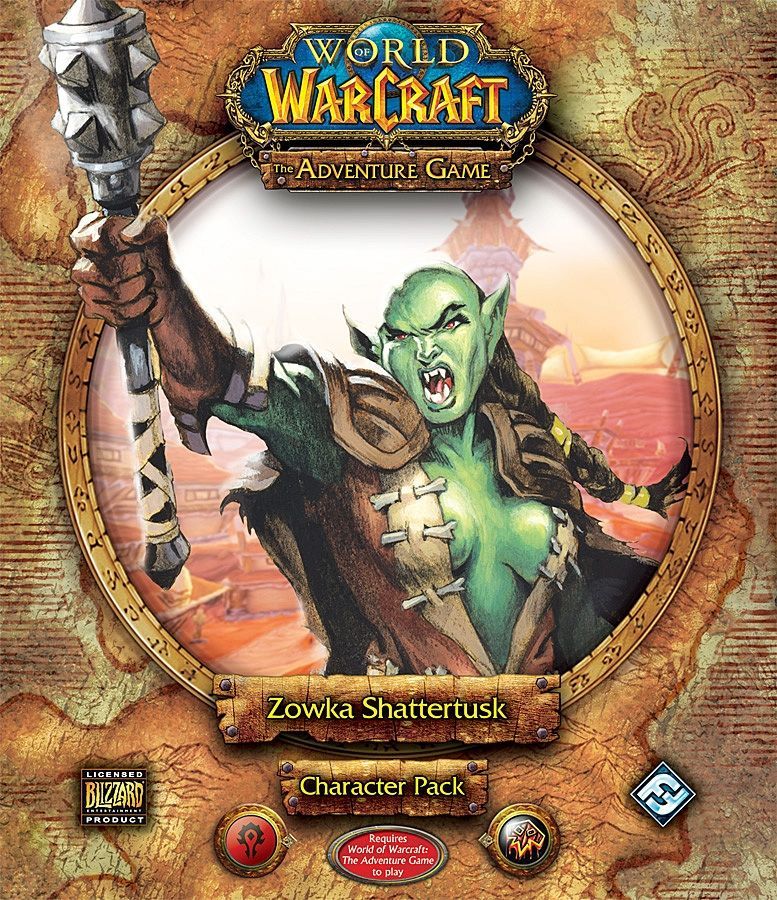 In the world of Warcraft, there are many heroes and many perils. As each foe falls, a new enemy is revealed; as each hero falters, a new champion stands forth. Now, a new hero has risen to take her place in the Hall of Legends! Zowka Shattertusk, an Orc shaman, wields powerful weapons and the fury of the elements in her quest to bring salvation to the Horde. Able to unleash vicious magical shocks, infuse her weapons with powerful elemental enhancements, and deploy totems to manipulate the tides of battle, she is a force to be reckoned with. This expansion pack contains; * 28 Challenge Cards * 23 Ability Cards * 9 Character Tokens * 4 Character Cards * 1 Character Miniature * 4 Quests * 4 Discovery Tokens * 2 Totem Tokens Expansion for: World of Warcraft: The Adventure Game