The Art of Siege - Universal Statistics 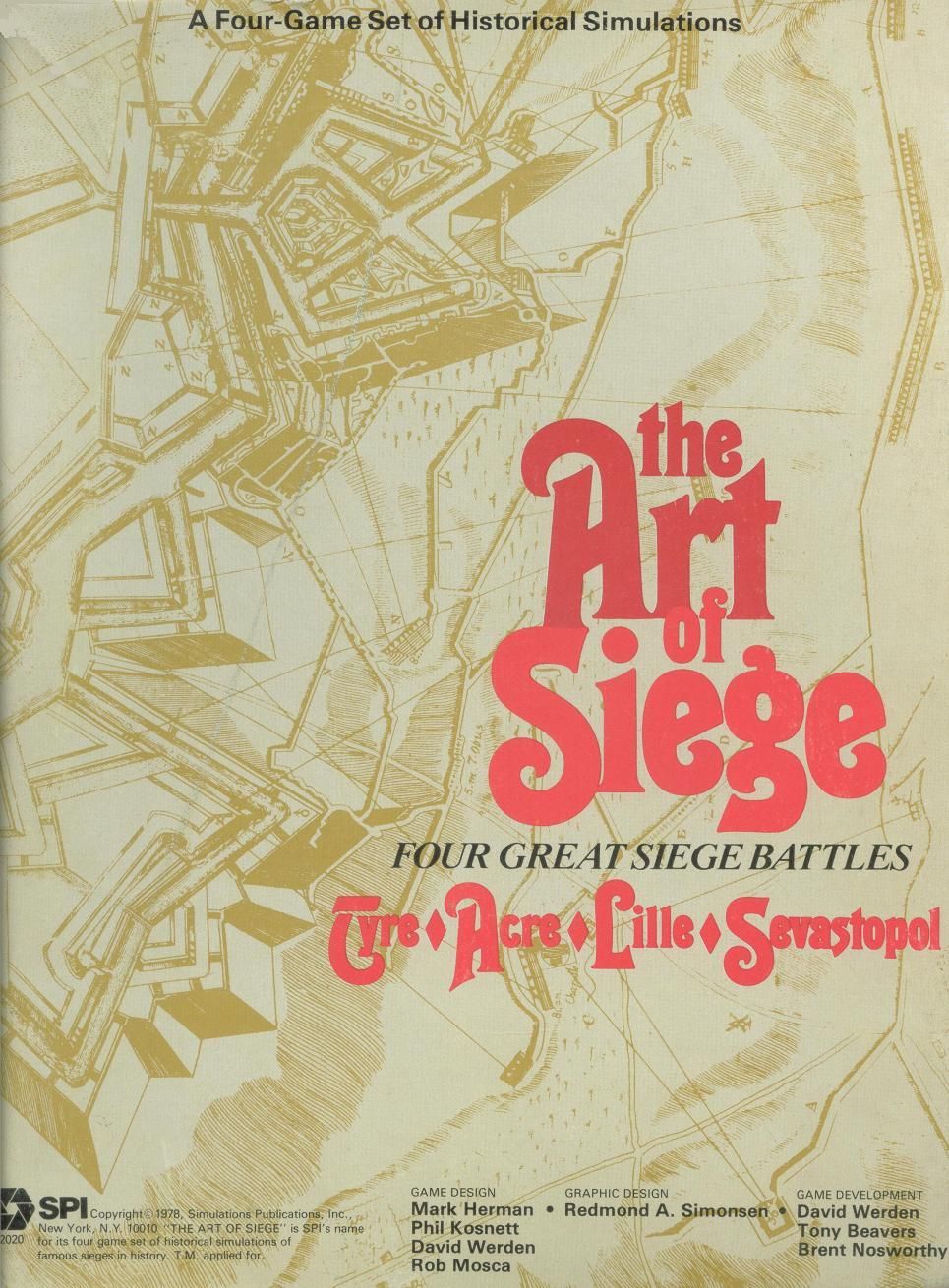 From the publisher: Four great siege battles: Acre - Richard the Lionhearted's arrival signals the end of the two year defense by Saracens in the Third Crusade. Tyre - Alexander the Great undertakes the first large-scale amphibious assault in history. Lille - the greatest star fortress in France is taken by the Anglo-Dutch-German Confederation. Sevastopol - Ingenious Russian fortifications in the Crimean War require one year of continuous bombardment before the city is taken. Each battle in The Art of Siege is simulated on its own comprehensively illustrated map portraying the actual siege areas and fortifications. Colorful cardboard playing pieces move, position, and engage according to the nuances of each game's system of movement. Simple probability charts reveal each combat's outcome. The Strategy & Tactics magazine game The Siege of Constantinople is considered by some to be the "fifth quad" game of this set.