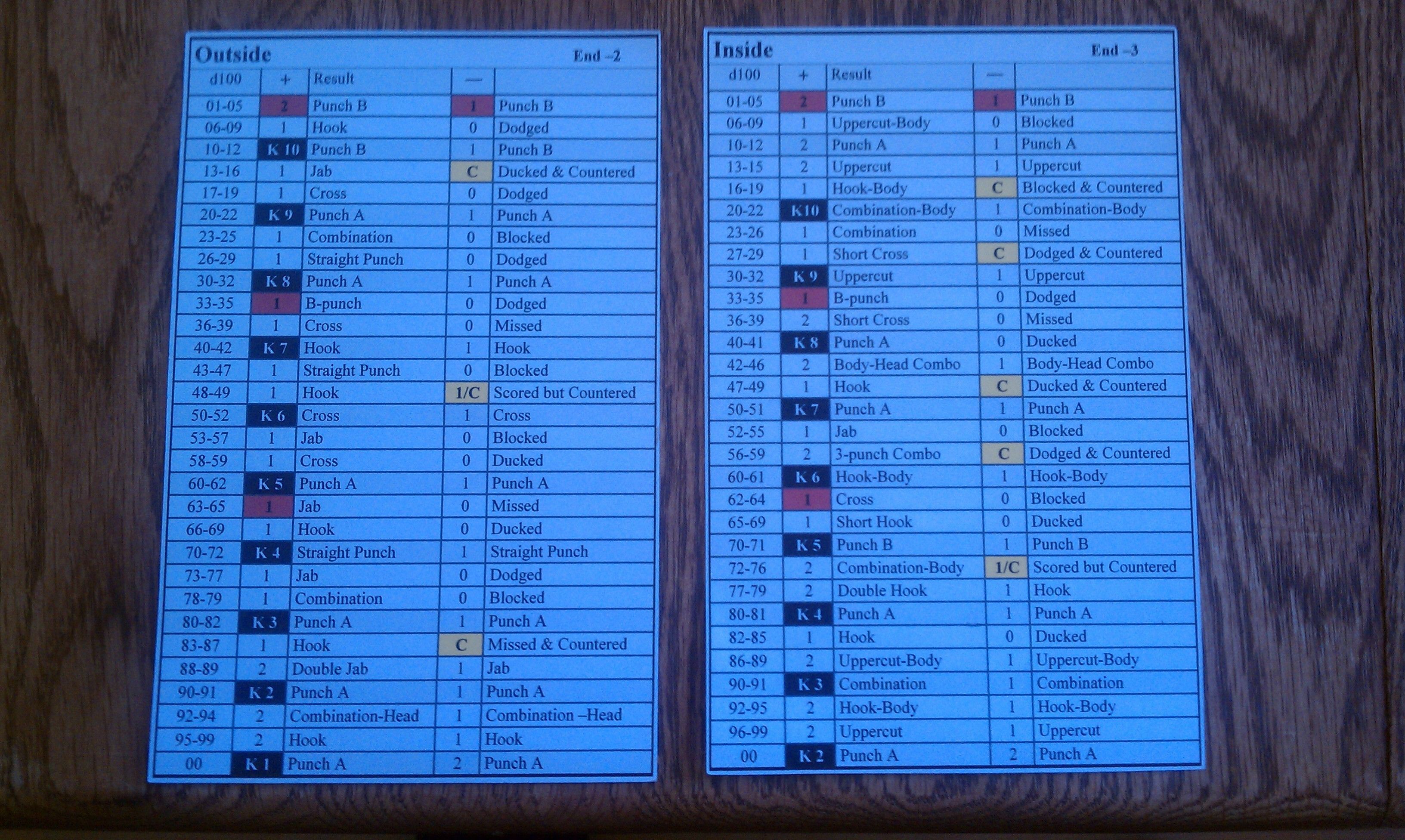 From the Publisher's web site: Styles Make Fights If you are a boxing fan, you have undoubtedly heard that saying, which serves as the foundation of this game. There is a great deal of truth in those three words and Legends of Boxing is designed to bring that fistic chemistry to life. Designer's Notes One aspect that I wanted to capture in this boxing simulation was a feel for a fighter's style - his tendencies from round to round. With Legends of Boxing, I wanted fighter's styles to merge into certain types of action. That is the single biggest difference in this game and any that have come before it. The fighter's strategies, or modes, are an integral part of a his ratings in this game, reflecting his tendency to be defensive, fight from the outside, brawl on the inside, or "walk down" and pressure his opponent. I have played many hundreds of bouts with LOB since 2000 and I still enjoy it as much today as any other sports game I own. Perhaps even better, is that I have enjoyed sharing my hobby with hundreds of other gamers all over the world. Legends of Boxing is available free via download as my expression of gratitude to the sports gaming community.