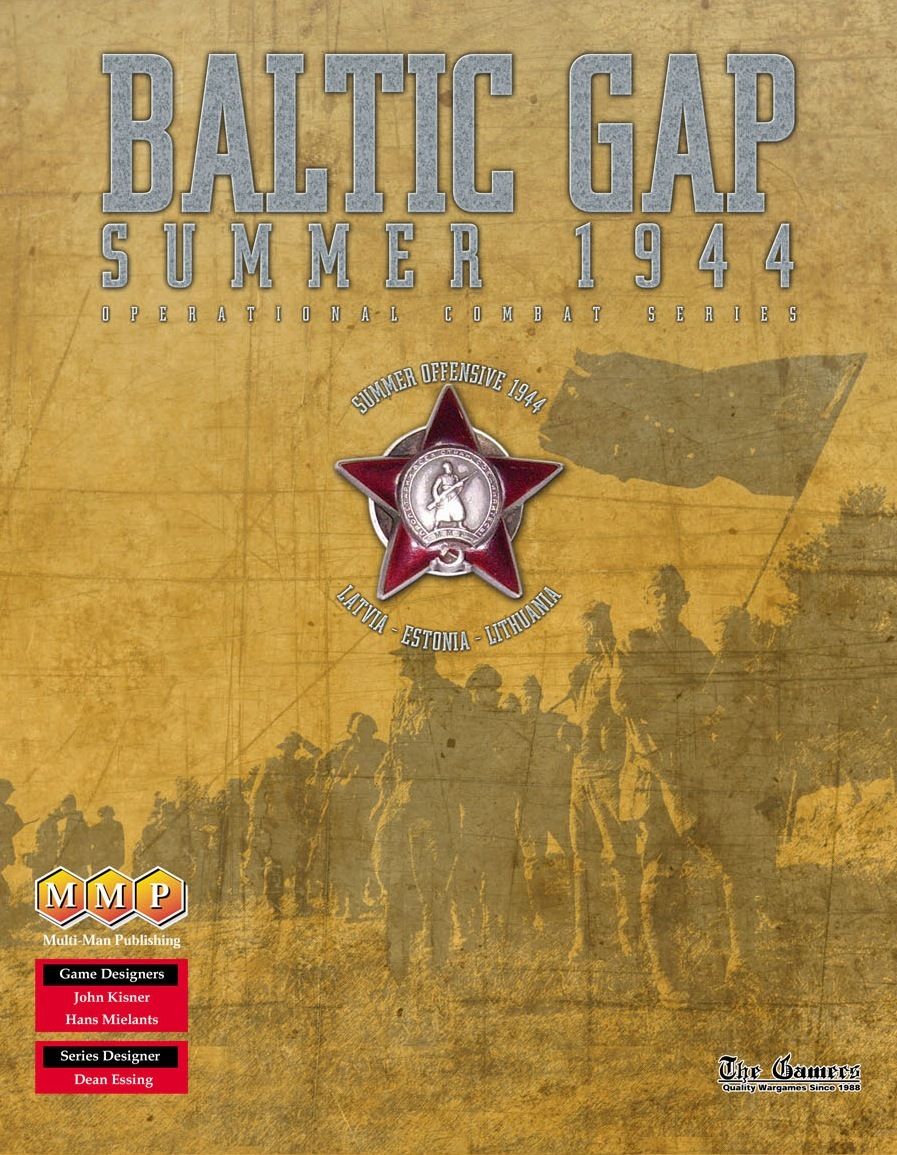 Baltic Gap: Summer 1944, depicts the Soviet drive into Latvia, Estonia, and Lithuania during the summer of 1944. As the game begins, the defense of Vitebsk, a Byelorussian fortified city located just a few hexes beyond the southeast corner of the playing surface, has just collapsed. 1st Baltic Front is advancing westward through the shredded German line, and will soon threaten all of Army Group North with encirclement. Finally, after four months of fierce battle, the Red Army will win the great prize of this campaign, Riga, and pocket the enemy in the Courland region of Latvia. Baltic Gap allows players to explore this interesting campaign from a variety of historical and hypothetical vantage points. Long campaign games can be enjoyed by up to five players. Several short scenarios are also provided, and these work best with a single player per side. Baltic Gap is the 11th game in the award winning Operational Combat System (“OCS”). It stays true to the ground breaking earlier games in the system that allow players a deeper glimpse into why the skills and behaviors of the two sides were so very different. Here in 1944, we find a much more developed Russian army (much more advanced than the one shown in the 2007 CSR Award winning game Case Blue) facing a still potent German Wehrmacht. The Germans will need to fight their forces with great skill to avoid getting swamped by their tough adversary. Game Scale: Game Turn: 3 to 4 days Hex: 5 miles / 8.0 Km Units: Battalion to Army Game Inventory: Two 22 x 34" Full Color Game Maps Five countersheets (1,400 1/2" dual-side printed counters) One 48-page OCS Rulebook One 48-page Baltic Gap specific Rulebook Two 4-page OCS Charts and Tables Booklets 2 6-sided dice