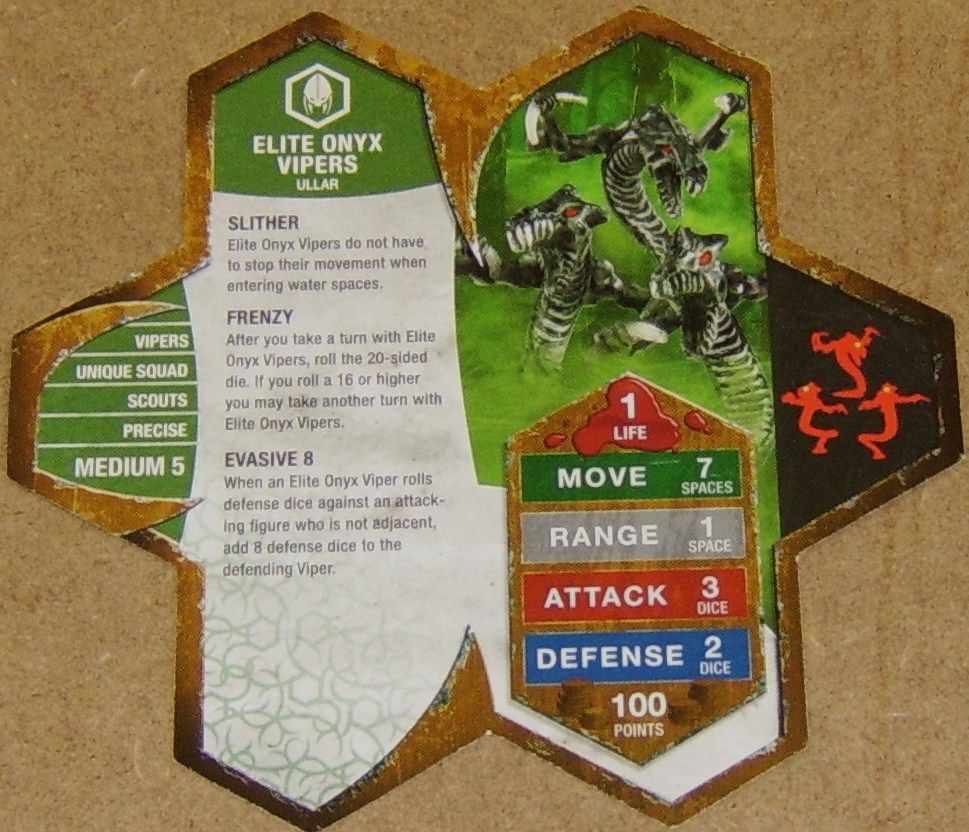 The Elite Onyx Vipers are a three-member squad of snake figures for use in the Heroscape series of games. They are a repaint of the Venoc Vipers squad, which debuted the previous year in the Snipers and Vipers expansion set as part of Collection 1, Malliddon's Prophecy. The "EOVs" (as they are commonly referred to) were available only in a 2005 limited edition of the Rise of the Valkyrie master set, which was a Walmart exclusive. They were later included in Wave 10 (Valkrill's Gambit: Champions of Renown). Detailed list of figures