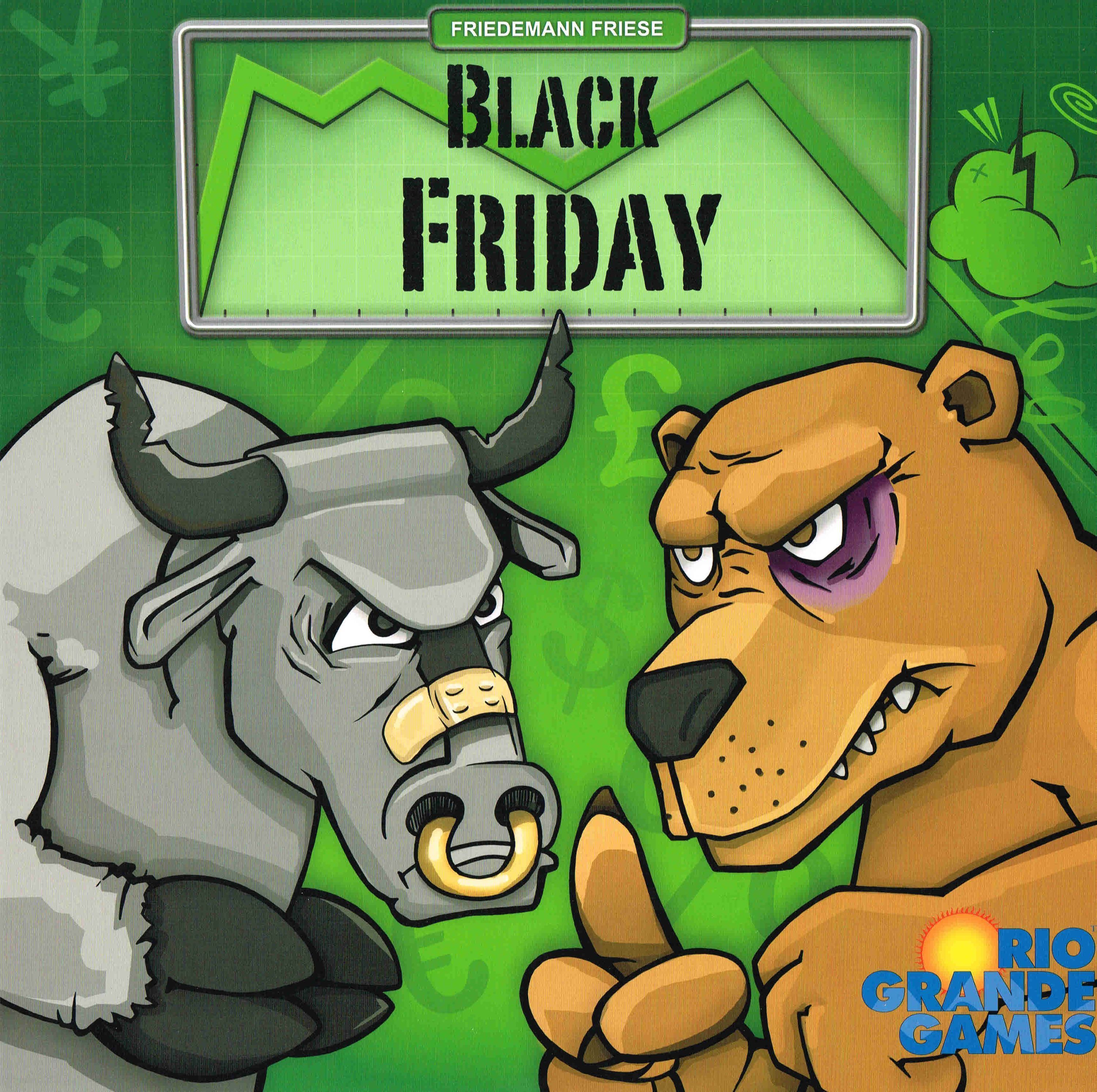 Schwarzer Freitag is a stock trading game with a built-in bubble to explode. The players are buying shares on a growing stock market, but at one time in the game the prices will crash. The players try to find out the right time to sell their shares and buy gold and silver (these are the victory points), before the market crashes. The actions of all players change the probability of the crash. When they start selling, the probability of the crash will get higher. If they only buy shares then the crash will come later. To win the game, you have to have a close look at what the others do to be in the position to sell the highest share at the right time, to get the most money. But the silver/gold price will rise too, and you can also win by buying silver/gold early in the game. This game is the first game in the Freitag-Projekt: Freitag(Friday) is a game project started on Friday 24th of October in Essen. I, Friedemann Friese, will work on that project for the next Five years on every Friday. I will work Five, Fifteen,... minutes (In German twenty-five, thirty-five,.. starts with an F, too) up to Fifteen hours on that project, but only Fridays. The game will be published in Five years on the Friday of Spiel '13 in Essen. It will not be shown on Wednesday or Thursday. I have a blog (by now only in German) on my website, where I show my work on that project. By now I really don't know what will happen, but I have a lot of time...... Now it happened that the first game is ready and I found a company for publishing (the company is very interested, but it is not totally sure by now) I will add the new second game to the database.