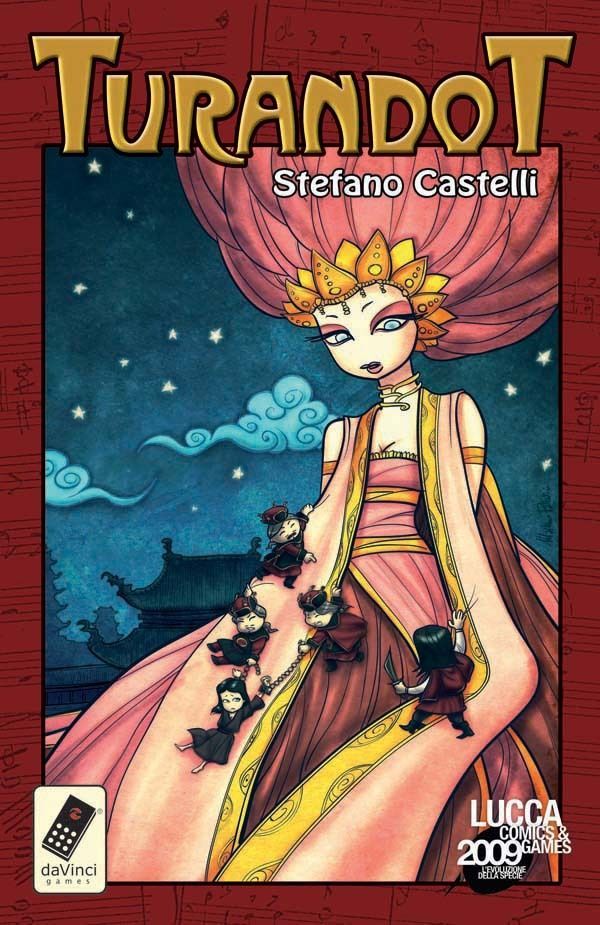 This game has been published by dV Giochi as a reward for winning the 2008/2009 edition of the Gioco Inedito – Best Unpublished game contest.Powered by Lucca comics & Games and dV Giochi, the contest aims to identify the best new card game design from all prototypes received and to reward it by publishing the game in a fully professional and high-quality format, overseen directly by dV Giochi. All prototypes submitted must conform to the technical and style requirements, fixed components and a given theme which changes every year. Everybody can join the contest and this is a great opportunity for emerging game designers to see their idea published. For more information: [email protected] www.luccacomicsandgames.com The opera 'Turandot' is about to go on stage, but who will sing the aria 'Nessun dorma' is still a mystery! Can you recruit the best and most talented cast of singers to perform this masterpiece of the maestro Giacomo Puccini? Choosing a brilliant director may be your most important choice! A quick card-game for 3-5 players (with a 2 player variant). Based on the Nessun Dorma lyrical aria by Giacomo Puccini, Turandot requires the players to gather a team of six singers in order to enact that very piece of the Turandot. Players recruit singers and a director using a simultaneous selection mechanic, with an original twist. Artwork by professional illustrator Martino Palladini.