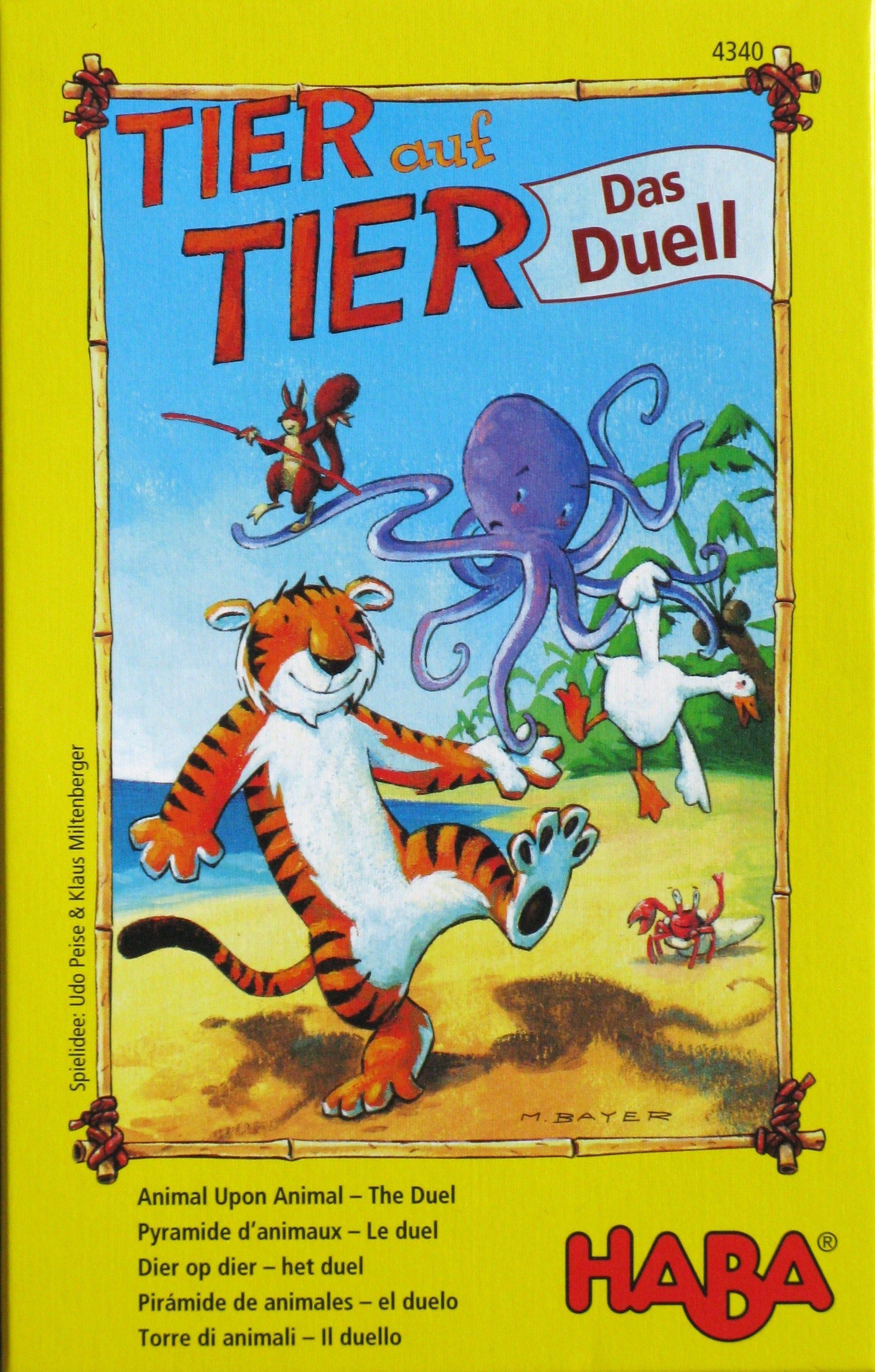 Tier auf Tier: Das Duell is a two player game based on the popular Animal Upon Animal. The game comes with two dice and two sets of four animals each: an octopus, a tiger, a goose, and a squirrel. The dice are rolled: one to see which animal to start building with, one to see which animal goes on top. When a question mark is rolled, players can decide for themselves. Whoever builds his/her tower to completion first wins one coin. The player who has three coins wins the game. Illustrations: Michael Bayer Ages 5 and up