A Castle for All Seasons: Winter Cards - Universal Statistics 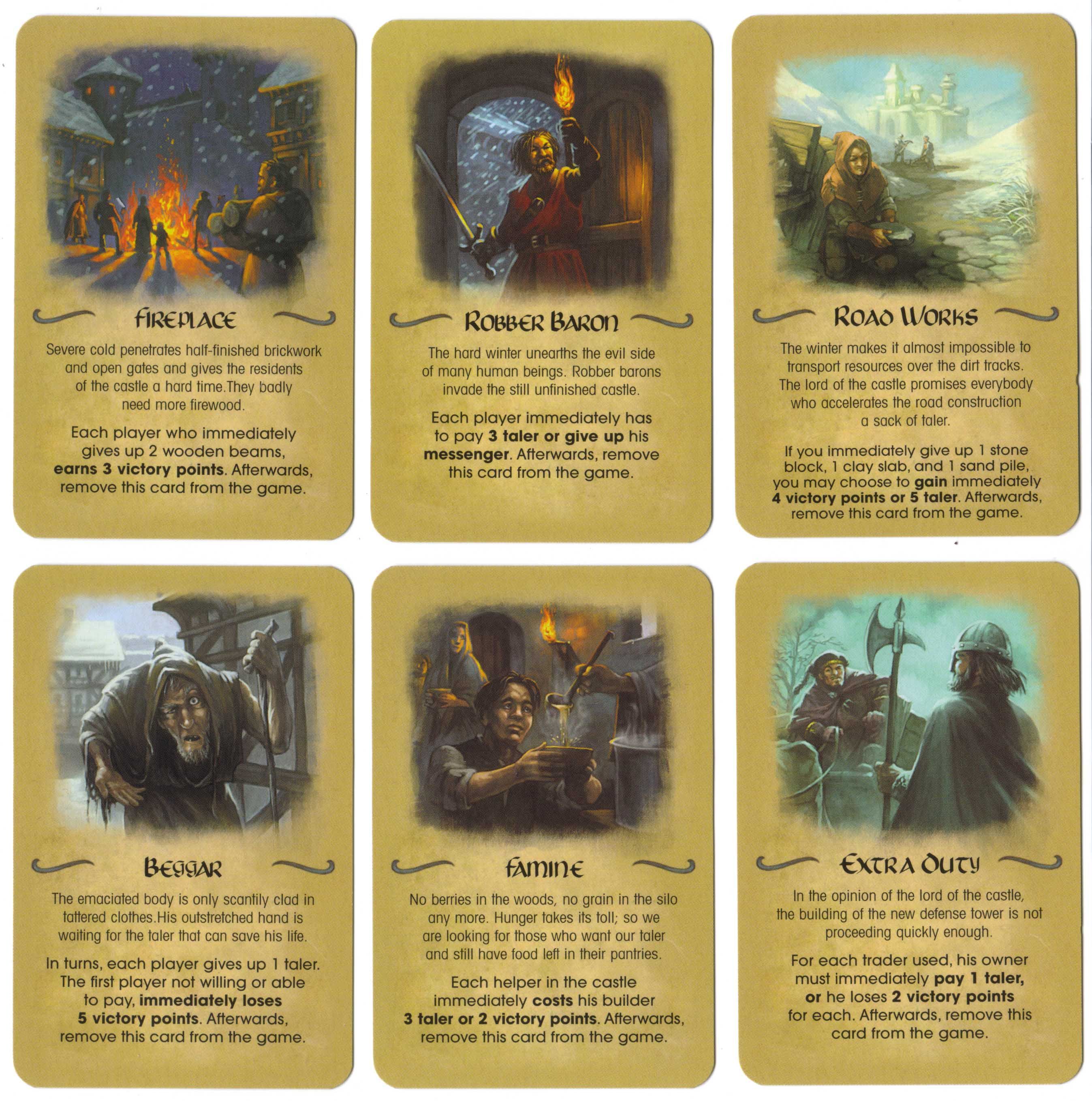 This expansion to A Castle for All Seasons was released at the fair SPIEL in October, 2008. The expansion contains 6 new winter cards which are shuffled with the existing winter cards. As only 6 cards are needed for playing the game the cards may replace the cards of the original game. The cards were given as exclusives to everyone who bought the game A Castle for All Seasons directly at the booth of Eggert-Spiele (German edition) or The Game Master (Dutch edition). The cards are: Hungersnot (Famine) Sonderzoll (Extra Duty) Raubritter (Robber Baron) Feuerstelle (Fireplace) Strassenbau (Road Works) Bettler (Beggar)