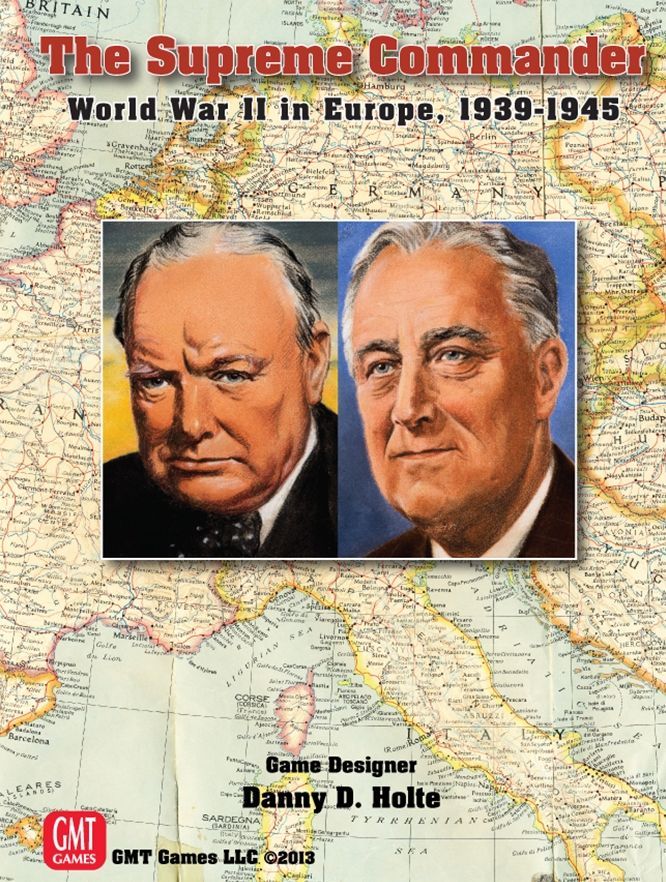 (from GMT website:) The Supreme Commander is a game designed for 2-5 players covering the entirety of World War II in the European Theater of Operations (ETO), from September 1939 to the end of the war. While there are plenty of other ETO games out there, The Supreme Commander effectively models all of the primary aspects of the war in a simple, straight-forward manner. Murmansk convoy, Lend-Lease, diplomacy, the strategic U-Boat campaign, technological advancement, strategic bombing campaigns, naval invasions, the economy and military production, partisans – All of these elements and more are included in a surprisingly easy-to-learn game. That is not to say that The Supreme Commander is some sort of compromise, surrendering historical accuracy for simplicity. The game delivers a detailed order of battle and meticulously researched economic and diplomatic system which allows players to play out the historical military campaigns of the war as well as the “what ifs” that may have happened. It is entirely up to the players – the system is open-ended and does not restrict players to the exact decisions of the past. Play time will vary, but the campaign game generally will be a weekend long game that will rarely play the same way twice. A campaign game and two shorter scenarios are included. COMPONENTS: Rulebook Two 22"x34" maps Diplomatic Track (cardstock) 2 Player aid cards Two countersheets 6 x Force Pool cards for France, UK, US, USSR, Italy, Germany Two 10-sided dice TIME SCALE 1.5 months per turn MAP SCALE 60 miles per hex UNIT SCALE Corps and Armies NUMBER OF PLAYERS 2 to 5 DEVELOPER: Paul Marjoram MAP and COUNTER ART: Charlies Kibler ART DIRECTOR & PACKAGE DESIGN: Rodger B. MacGowan