Heroes Of The World - Universal Statistics 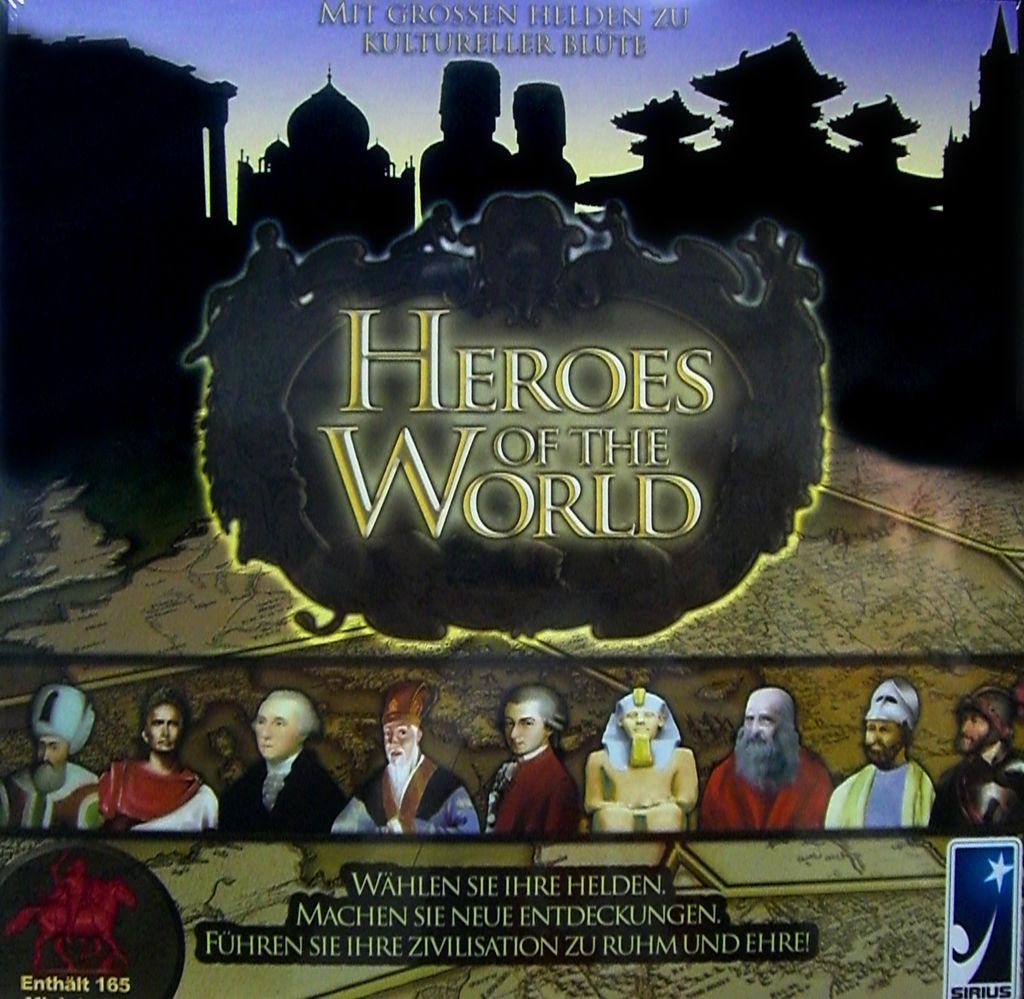 This light strategy game is divided into two Epochs, ancient and modern. At the start, the board consists of only five areas (the Mediterranean, Africa, Middle East, India and China), after all areas have been evaluated, four more territories become accessible (Russia, Europe, Southeast Asia, America). Players choose historical "Heroes" such as Julius Cesar, Nebuchadnezzar, Lao-Tse, Shakespeare or Mozart and use their special abilities; the first is to grow the population in one or more of the nine areas of the map (depending on the hero, only certain areas of the map can be used). The second action is to randomly draw cultural advancement tokens and place them on the map. The third action allows the players to attack other players' pieces, and the fourth action is taking money. With money, "wonders of the world", such as the Hanging Gardens, the Great Wall etc., can be purchased, and migrations of peoples are possible. Victory points are awarded for building civilization tokens; after three (or four, depending on the territory) placements, the player with the most pieces gets additional points, the player with second most armies half of that, while the third player only gets victory points equal to the lowest token.