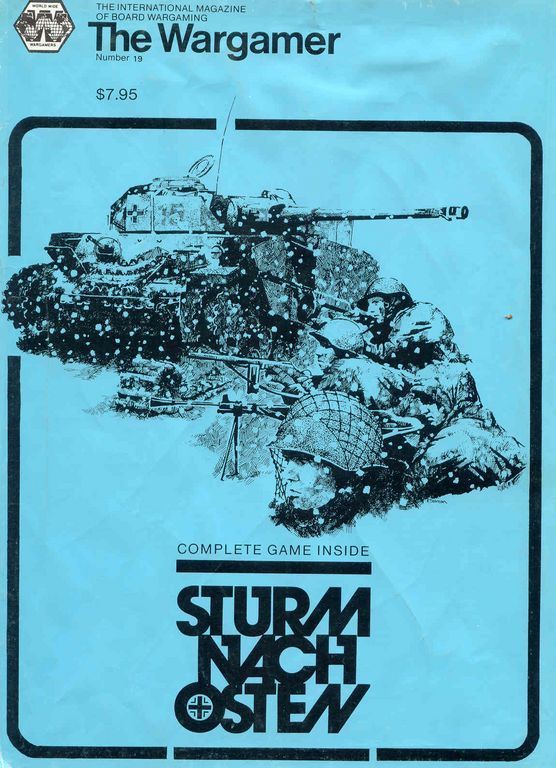 This strategic level game covers the East Front from June 1941 to May 1945 with one-month turns. The game has variable victory conditions reflecting the historical ebb and flow. Main units are fronts, armies and corps; also units for static garrisons and Soviet factories (need to move eastward by rail before capture); markers for fortification, artillery, overrun/blitz and dispersal are all provided. Weather, terrain, supply and ZOC rules are used. Victory is measured by control of key cities at key moments. The rules provide for several "scenarios" (different start and end dates) for shorter playing times and there is also a simplified version using less units and stripped down rules. First published as a Game Kit by the designer with color copied counters on blue & red paper and a B&W map that you could color in. The Wargamer Magazine Vol.I, #19 is the 2nd edition of the game