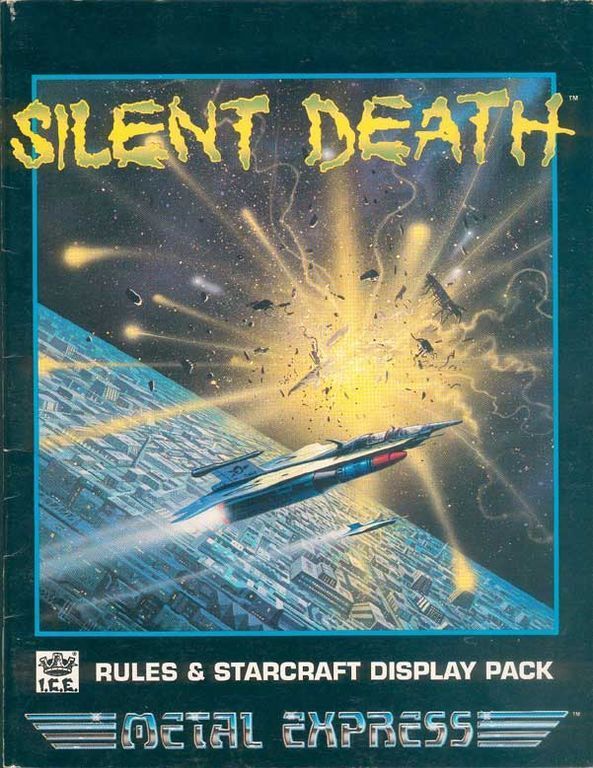 Silent Death is a space combat game, normally played with miniatures. Most ships are fighter and heavy-fighters in size, but there are expansions to include gunboats and small capital ships. Each ship has a control sheet to make all bookkeeping (mostly damage and ammo when necessary) easier. The game is normally played in 10 turns, each player alternate moving all ships before making attacks. From designer's notes: Silent Death is an attempt to produce a fun and fast-moving game that is simple to learn. The mix of design trade-offs (detail for playability) in the Standard Game feels about right, but since you can't satisfy all of the people all of the time, we piled in a bunch of optional rules so players can find their own optimum mix; either simpler or more complex. Re-implemented in: Silent Death: The Next Millennium Deluxe Edition