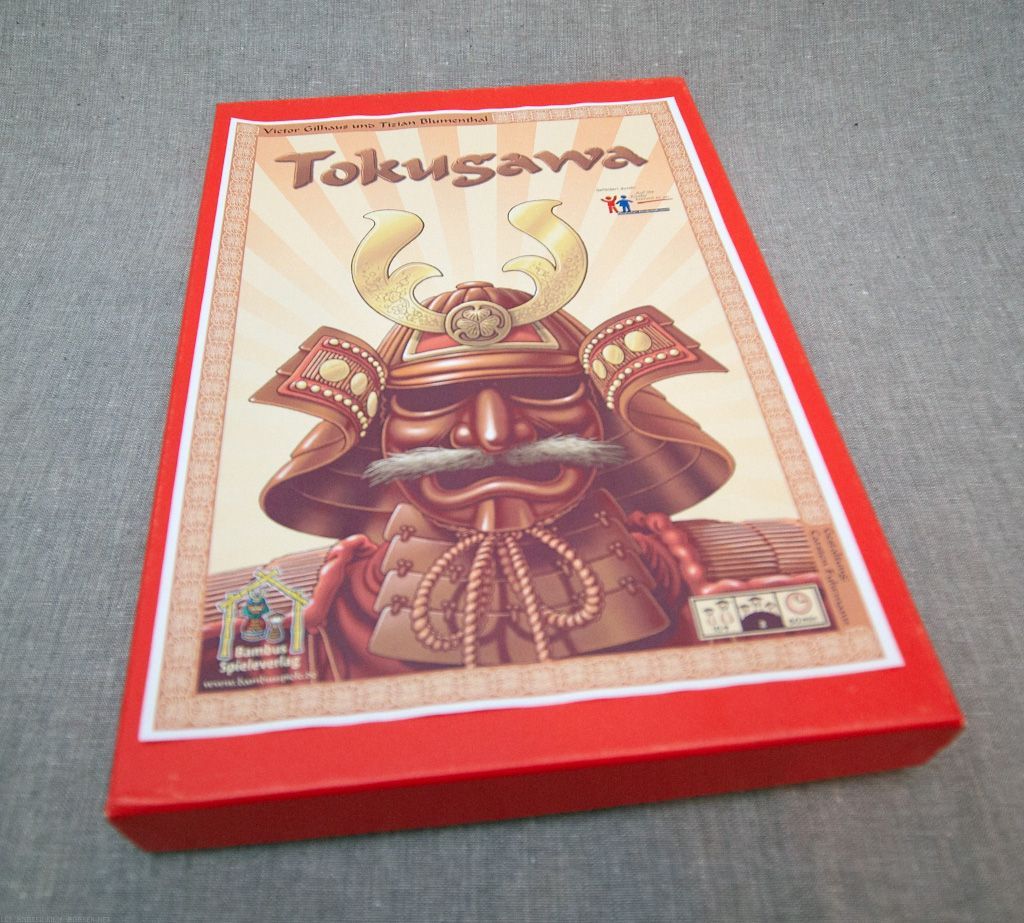 Based in medieval Japan the two players try to capture their opponent's capital. To reach this goal you have to hire troops. The interesting part is that there is no central "bank" - every province has its own bank. So you pay money for the troops into the bank where you are hiring them and you get money for taxes from the bank where you tax your people (only in provinces you control). The results are richer and poorer provinces - with usually the richer provinces closer to the front lines (since that's where you want to hire troops). Troops come in different types, with different movement ranges and fighting strengths. Two German grade-school designers invented this game, which was chosen by the Deutsche Kinderhilfswerk to receive a grant, and Günter Cornett at Bambus Spieleverlag has been helping the two develop the game over the past 2+ years. Homepage (English language): http://www.bambusspiele.de/spiele/tokugawa/e_tokugawa_fr.htm (-> English rules)