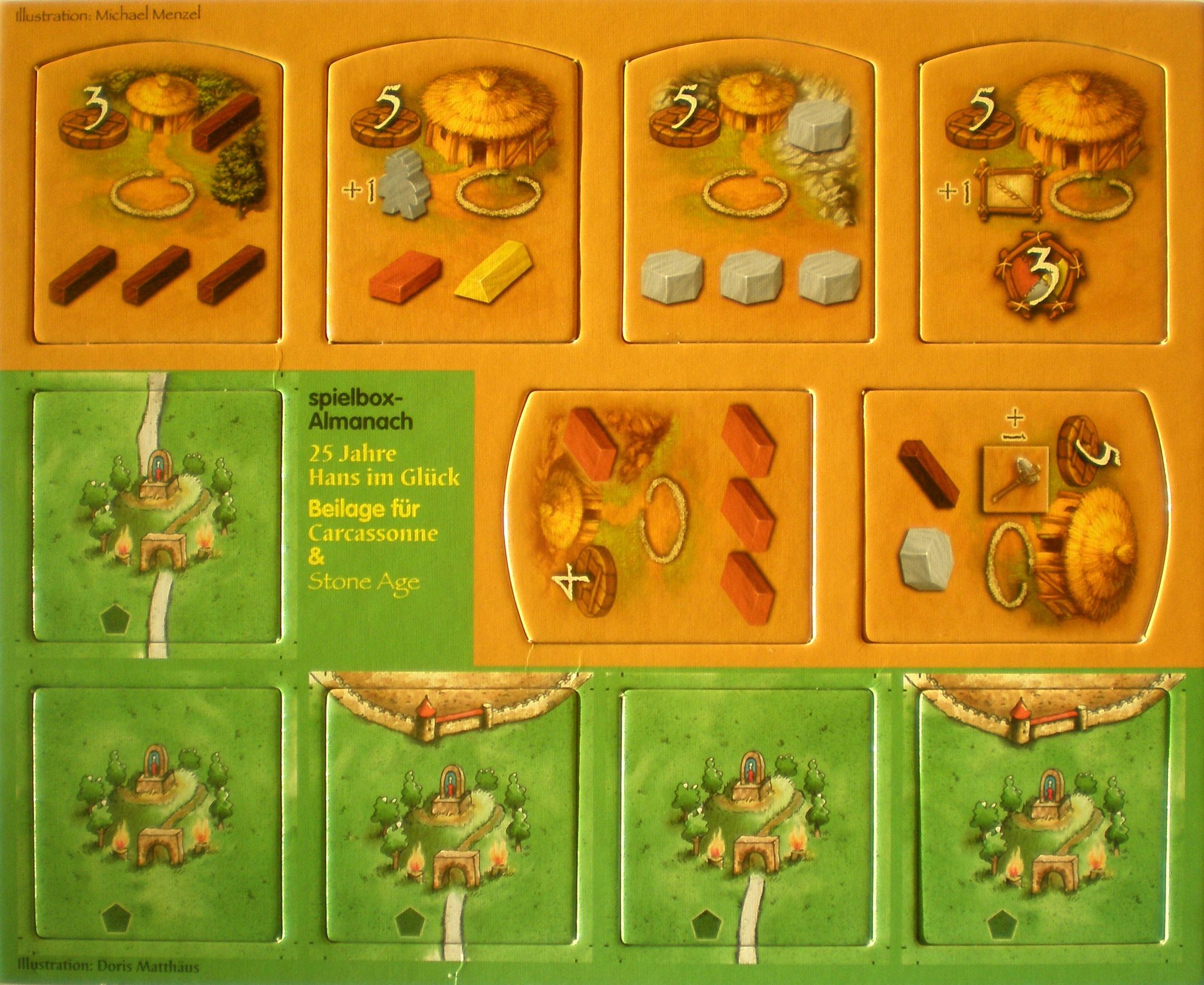 This expansion to Stone Age was released with the Spielbox - "Hans Im Gluck Almanach" magazine, which was released in September 2008, together with the Carcassonne expansion Carcassonne: The Cult. The expansion contains 6 new huts which are shuffled with the existing huts. A number of huts dependent on the number of players are randomly removed from play, so the new huts may or may not end up in any given game. The New Huts are included in the first full expansion, Stone Age: The Expansion. The huts are: Wooden Hut (3 wood, 3 VP, grants one wood each round) Clay Hut (3 bricks, 4 VP, grants one brick each round) Stone Hut (3 stones, 5 VP, grants one stone each round) Kindergarten (one brick and one gold, 5 VP, +1 people figure) Workshop (one wood and one stone, 5 VP, +1 new tool) Greenhouse (any three resources, 5 VP, +1 on food track) The English rules can be found here. Expands: Stone Age