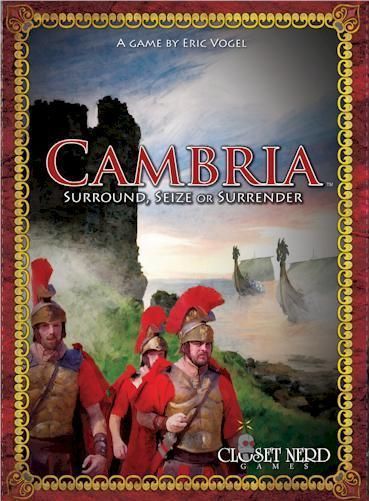 From the publisher's website It is 400 AD and the Roman occupation of Britannia is drawing to a close. Most of the Legions have been withdrawn. The system of Roman fortresses and roads is only thinly defended, particularly in Cambria. Across the sea, Hibernian warriors prepare to invade… Cambria is a fast and aggressive game of siege combat. To win, the players must make skillful use of their die rolls to surround and capture Roman fortresses. Cambria combines the simple, clever mechanics of a European-style game with the direct player conflict of an American-style game.