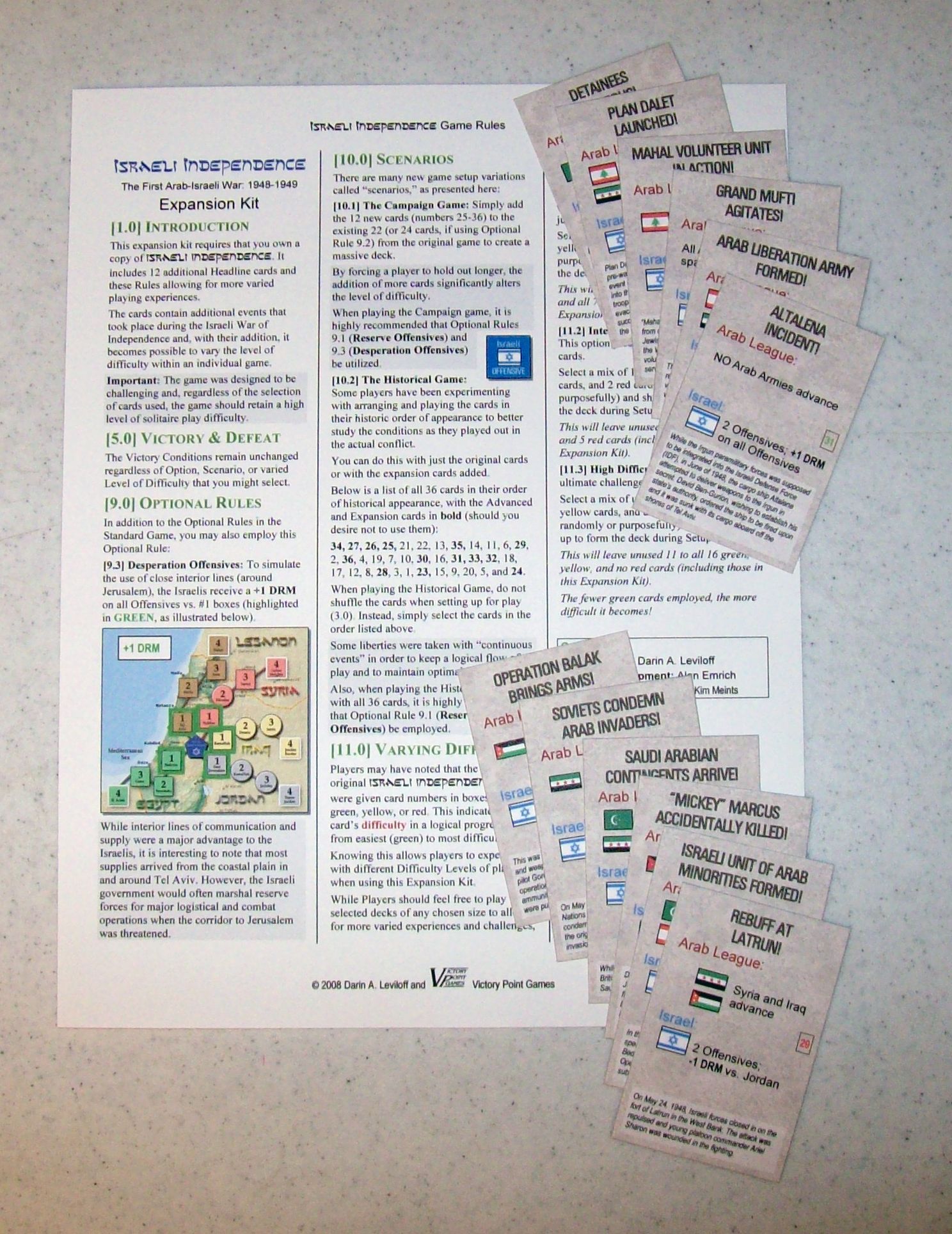 There's more in store with the Israeli War for Independence as another dozen Headline Cards enhance the story told through gameplay of this solitaire Battlesson game. The supplemental rules page adds another Optional Rule, a Campaign Game, and several scenarios varying the degree of difficulty. There's even a Historical Campaign Game for those who wish to experience the actual war in the order that its events actually occurred! Notice: THIS EXPANSION KIT is not a ‘stand alone’ game. You must own a copy of ISRAELI INDEPENDENCE to use it. Game Components: One 8.5” x 11” supplemental rules sheet 12 new Headline Cards Expands: Israeli Independence