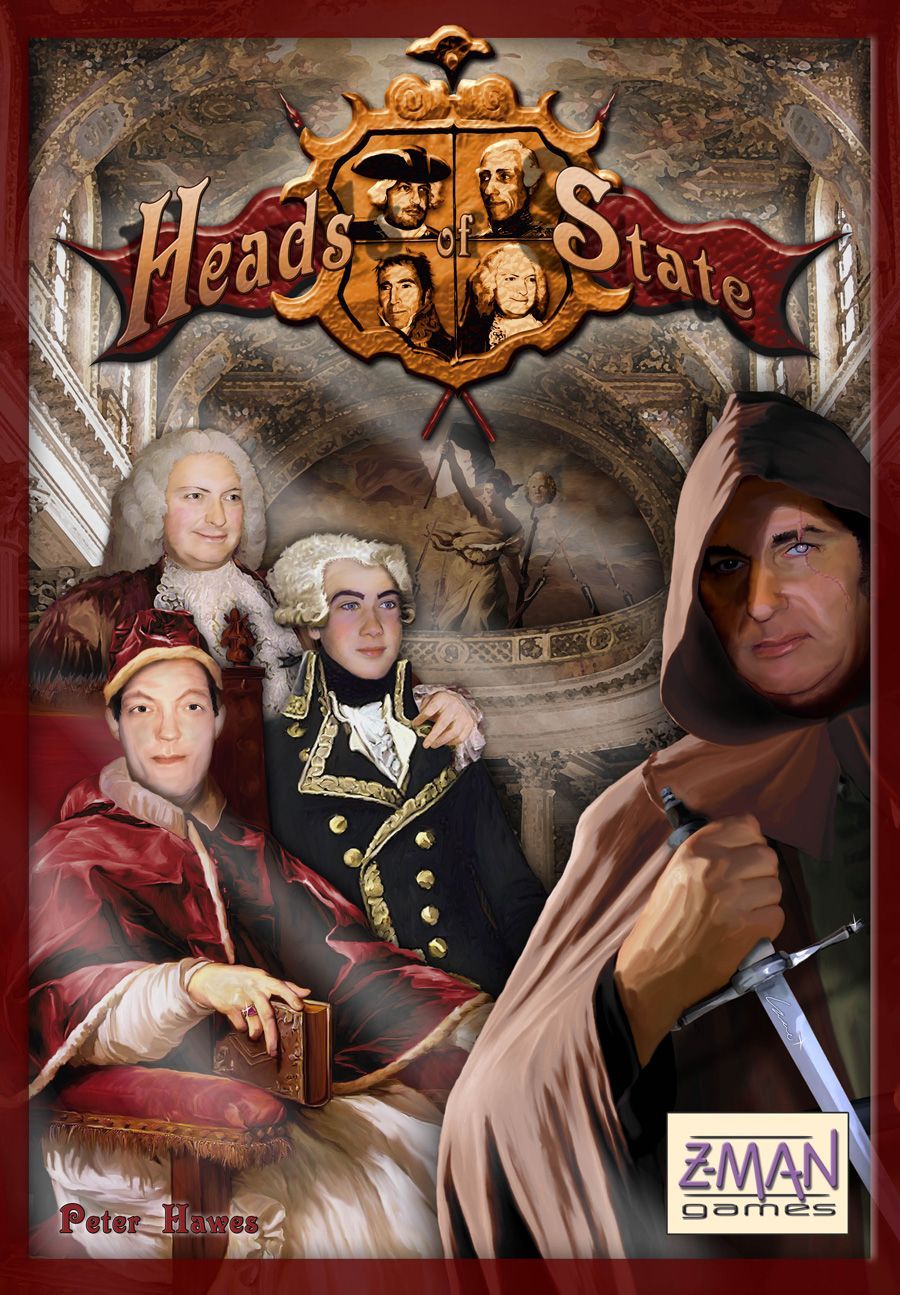 A board game with nobles rising to power in the Provinces and the Royal courts of 16th-18th century Europe. There is a hierarchy of nobles and players compete to get the best nobles in each area to gain control of countries. Players collect sets of cards - like Gold, Troops, Dueling Skills, Titles, Castles, Bishop - to raise nobles in four European countries: England, France, Spain and the German States. There are different paths to victory: getting the first noble in as many provinces as possible, dominating a country, having a noble in every province and capital of a country, getting the full set of 7 different nobles first and having the most of each rank of noble at the end of the game. Treachery cards are played to remove opponent's nobles and replace them with your own line of nobles: methods include- the guillotine, Spanish Inquisition, the axeman, the gallows and assassinations.