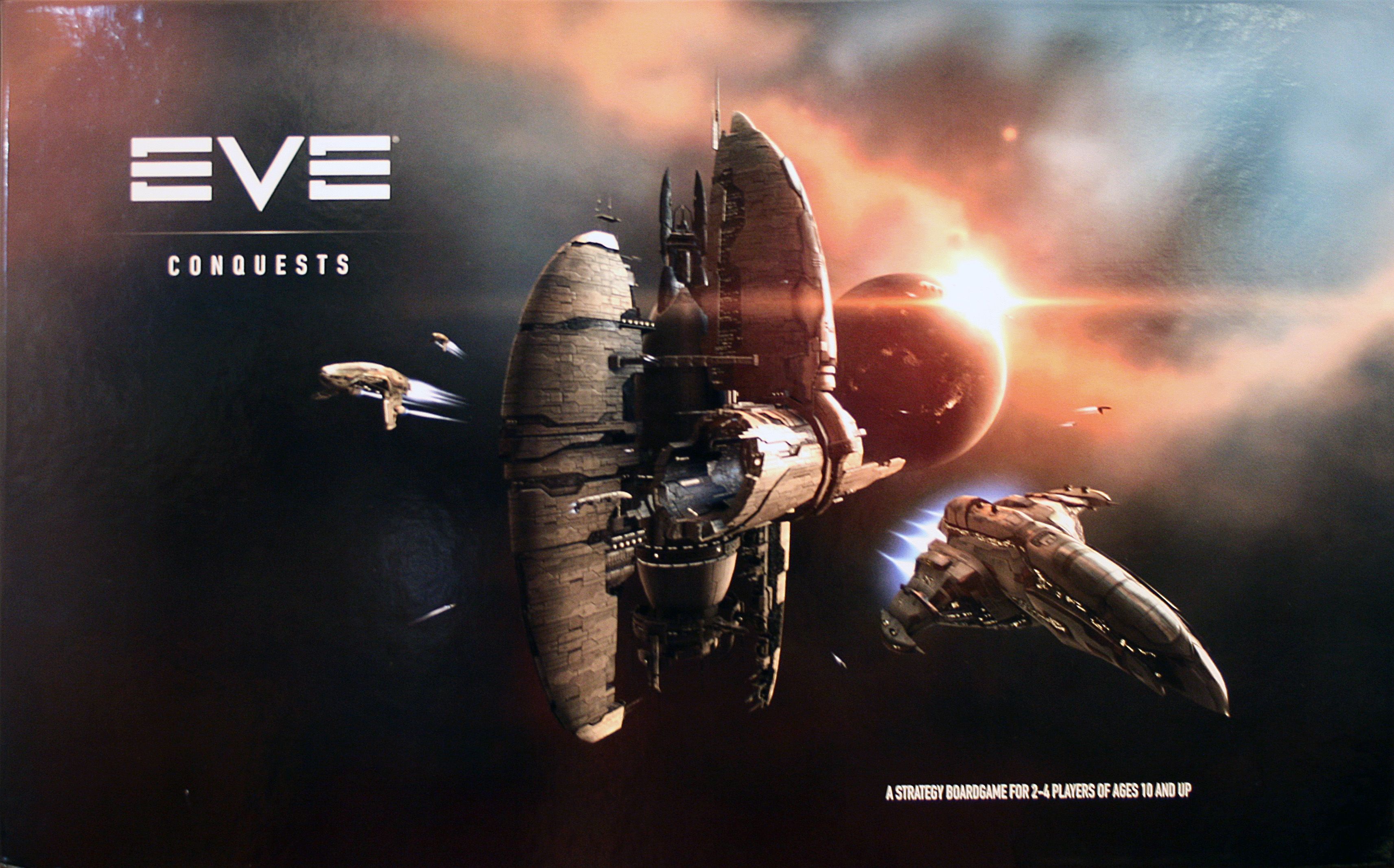 EVE is a hard-core sci-fi setting, ruthless, cruel, and cold. Set twenty thousand years in the future, the game world presents a human race straining at the boundaries of its own nature. Massive empires have risen to envelop vast areas of space, each aiming to shape the universe according to its own unique vision. EVE: Conquests is a strategy board game for 2-4 players set in the EVE Universe. Players assume the roles of the four major empires in EVE and set out to prove their superiority by means of planetary domination. Their conquests require them to play the political landscape in EVE, an effort that often leads them to make war on those who defy them. Garnering the influence necessary requires tact and strategic management of resources in all spheres of operations. It normally takes about 2 hours to play the game to completion. The game is based on a highly successful computer MMORPG EVE Online.