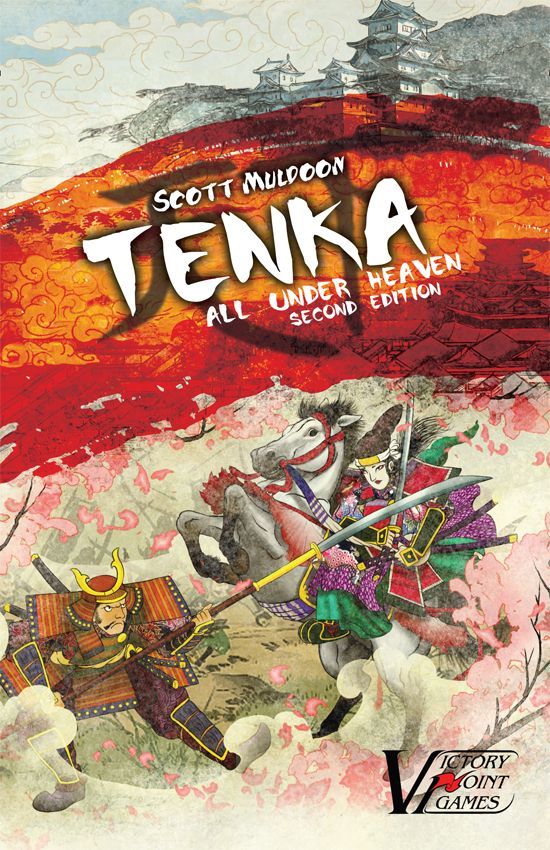 In Tenka, each player takes the role of a local baron in the chaos of medieval Japan. The Emperor is powerless and the office of his sworn protector, the Shogun, is an empty shell. The realm is in turmoil as rival Daimyos struggle for control. Two to four players compete in this fast-playing card game of consolidation and conquest, where each turn and every card play is a decision whether to PLACE a card in your court for a modest but long-lasting effect, or to PITCH a card for a stronger but single use. Nobunaga realized his ambition and united almost a third of Japan under his rule; only one player can seize enough Provinces, or have all three Regalia, to control the realm. Play Tenka to find out if it will be you! Each game covers one period of unrest in Feudal Japan lasting until a great warlord emerges victorious