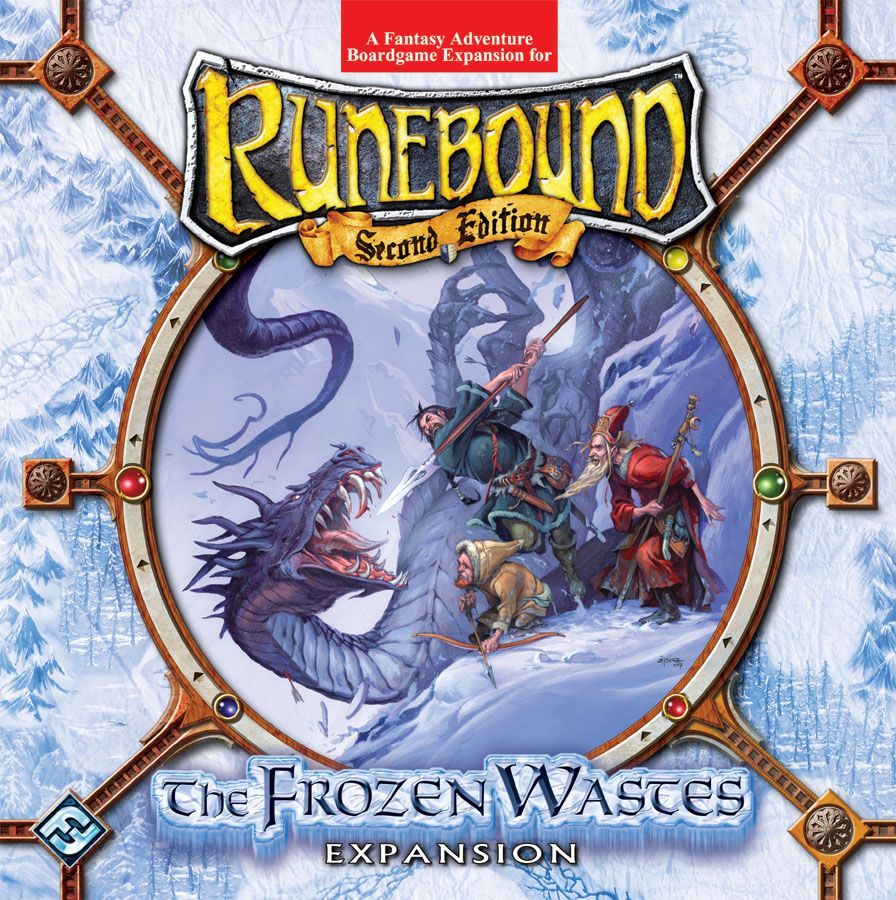 Belongs to the Runebound Series. From release announcement (found on TGN): To the North of Terrinoth, across the Sea of White Fangs, lies cold and desolate Isheim, the Land of Ice. After millennia of sleep in this frozen realm, the Ancients are beginning to stir. These strange and powerful creatures arise to serve the wrath of their immortal master, Arshan the Mad. The Years of the White Death are at hand, a time when doom shall claim all peoples who call this land home. Unless a hero can brave this unforgiving landscape and stand against the woeful and destructive might of Arshan, all of Isheim will be destroyed. The Frozen Wastes features a new, beautifully rendered board overlay, 110 new cards, six new Hero figures, and winter survival gear. The ever-changing weather is represented by new rules for the harsh conditions, weather tiles, frost counters, and white death counters. New icy terrain types include features such as snow drifts and tundra. New creatures include vicious icewyrms, menacing wendigos, and formidable frost giants. You must own the Runebound basic game to play this expansion. Expands: Runebound (Second Edition)