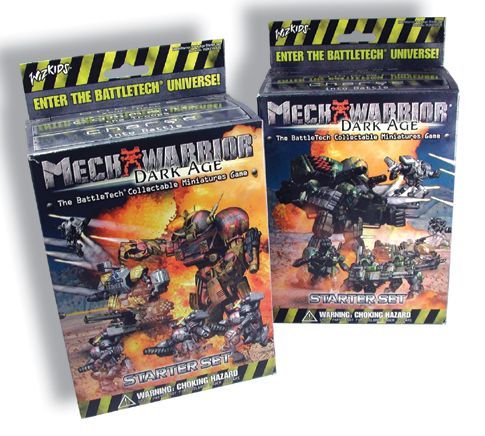 Mechwarrior: Dark Age is Wizkids Games continuation of the BattleTech property. Jordan Weisman has tasked his design team with using the click-dials used in Mage Knight/Mage Knight Dungeons/Hero Clix to present a system of combined arms warfare in the BattleTech universe. The system encourages use of Battlemechs, vehicles, and infantry to conquer your opponent. The vehicles and infantry have dials similar to Mage Knight figures, with some new symbols to indicate new game mechanics. Vehicles have long bases, like the mounted units. Battlemechs use larger dials and include a heat dial which modifies three of the stats as the mech performs more actions. The final result, while similar to Mage Knight is much more, using the simple action based system and dials, and bringing a new form of wargaming to the table.