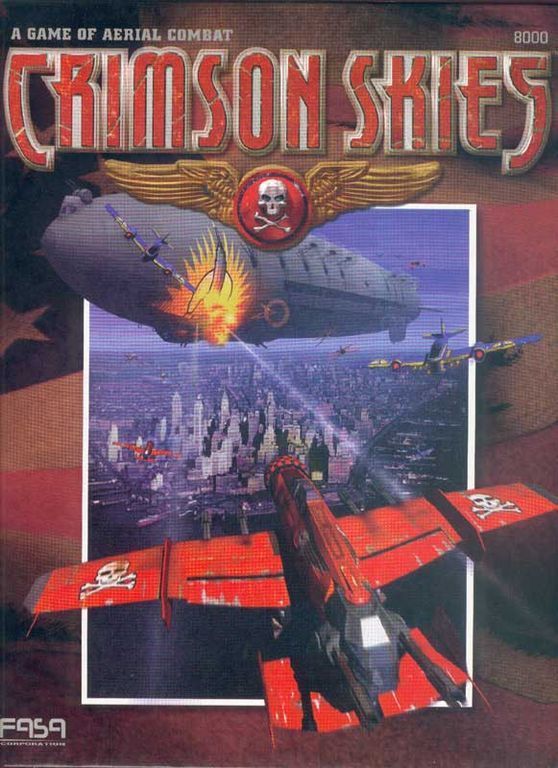 Crimson Skies is a character-based board game of dogfighting and dive bombing in an aviation-dominated world; a simple, fast-playing game of pulp-fiction-style air combat. It is a game about the men and women who pilot flying nightmares, the metal-sheathed birds of prey that spit death from the sky. In Crimson Skies, you are at the top of the aviation food chain - a fighter pilot, one of the fearless men and women who take to the skies each day for honor or profit. Each player generates a minimum of two characters, a pilot and his or her wingman. If your characters survive from mission to mission, they gain experience that can translate into better skills, and thus even better chances for future survival and success. While this is a combat board game, not a roleplaying game, telling tales about your characters will invest the game with action, drama and humor, making the game-playing experience even more enjoyable.