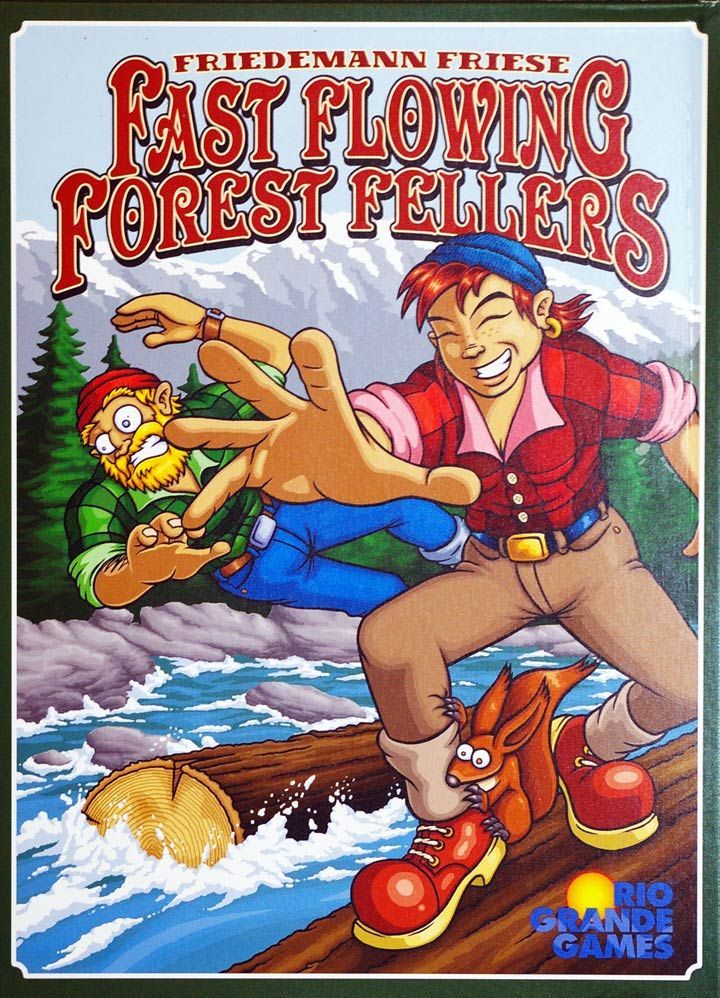 A fast river rafting game: Courageous lumberjacks are gathering at the river for their traditional river rafting race. With help of clever maneuvers they try to outsmart their opponents to get the decisive head start in this eventful race down the river. There is a lot of pushing and blocking, as all means are allowed to be the first team to reach the finish. Flussfieber is a gateway game both for families and hardcore gamers. The simple rules with playing a card and moving the lumberjack makes it a fast and fun game. The twist is that every player plays for 2 or 3 lumberjacks and has the cards for both (or the three) pawns in one shuffled pile, so everyone has to plan for all of his lumberjacks with his card hand. The 6 double-sided game boards offer dozens of different races down the river, which will always be different and funny in each single game, with different elements, like blocked passages and streams. The beautiful graphics by Maura Kalusky and the new playing figures especially designed for this game help to directly dive into the atmosphere of this game. Contains: 10 wooden lumberjacks, 45 logs, 90 cards, 6 double-sided game boards.