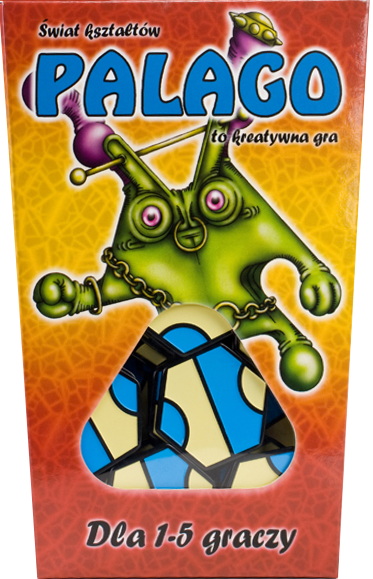 Palago is a tile placement game in which players strive to form closed groups of their colour. Two players, White and Blue, share a common pool of 48 hexagonal arch tiles. Each tile contains a white arch and a blue arch, and may be oriented in three ways such that the corner colours are the same for each rotation. White starts by placing two adjacent tiles, then players then take turns adding two adjacent tiles such that edge colours match neighbouring tiles. The game is won by the player who forms a surrounded island of their colour containing at least one arch. If a move forms winning groups for both players, then the mover loses.