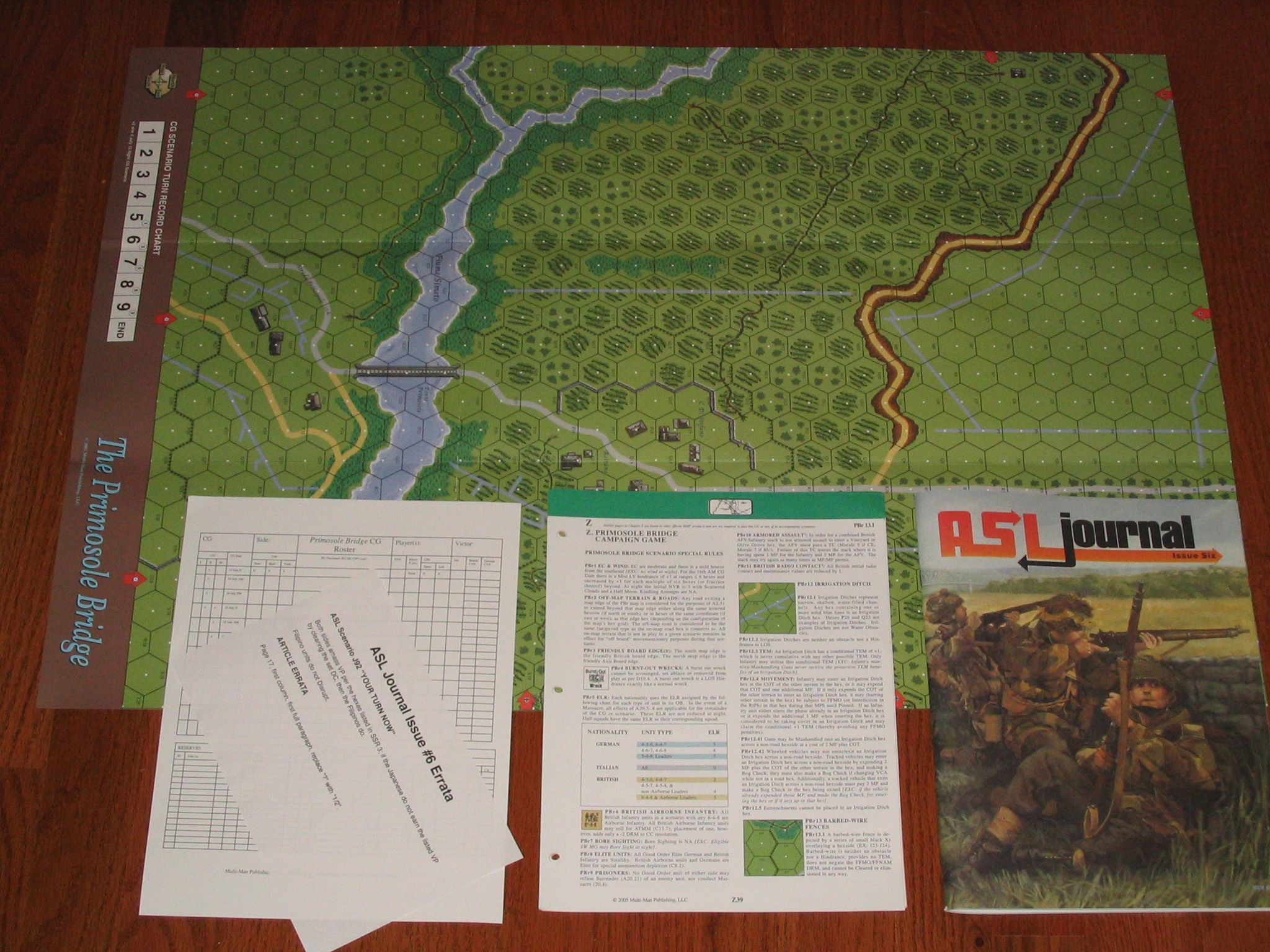 Primosole Bridge is a historical module for Advanced Squad Leader that appeared in ASL Journal 6. The Primosole Bridge was a key bridge on the Sicilian coast near Mt. Etna which the British required, intact, to continue their drive along the coast. They dropped airborne elements to seize the bridge and wait for their ground forces to arrive. The problem was the Germans also realized the importance of the bridge, and landed their own Fallschirmjaegers nearby to hold the bridge and reinforce the Axis units in the area. With both sides having crack troops on hand the battle was fierce with the British nearly collapsing when their ground troops finally came to their rescue. Contents include a full color 20.5" x 30" map, 20 pages of campaign specific rules (Z39-Z58), 3 campaign games, and 3 scenarios (J95, J96, J97).